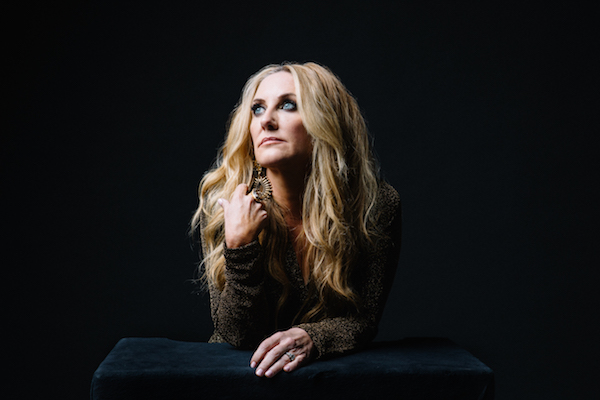 Lee Ann Womack has performed for the President, for dignitaries at a Nobel Peace Prize concert. She's won a Grammy, charted top hits on multiple Billboard lists, and won scores of industry prizes, most as a result of the crossover pop country stardom she achieved in the early 00s. But now, free of the Nashville studios, Womack has returned to the deep country sound that characterized the early part of her career and made two recent albums, 2014's "The Way I'm Livin" and this year's astounding "The Lonely, the Lonesome and the Gone" that have thrilled fans of independent music. Womack plays the Old Rock House with Kelsey Waldon on Friday, Jan. 19, as part of the Art of Live Festival. KDHX website contributor Mike Vachow spoke with Womack about her musical history, and her return to a more classic country sound.

Mike Vachow: I thought first I might ask a little bit about your music history and particularly about listening to music because I understand that your daddy was a DJ.

Lee Ann Womack: Yes, he worked at the radio station in our hometown. He started working in radio when he was 18, his brother got him into it. I spent a lot of time at the station, a small town station, and I got to go to work with him a lot.

MV: Did he let you pick out the tunes?

LAW: Occasionally, yes. I liked a lot of things that he did because that's all I knew really. He definitely got to play what he wanted back in that day.

MV: Tell me a little bit about your youth in music. Did you sing in the choir? Did you take piano lessons? How did you come to love music?

LAW: I did sing in the choir at my school some until I had other conflicts. I sang a lot in church, and that's probably more where I got that and the radio station is where I got exposed to music.

MV: Your latest release, “The Lonely, The Lonesome & The Gone”, seems like an incredibly personal album, and by that, I don't mean autobiographical or memoir-ish. It seems like it emanates from all of the music that you have heard and played yourself. Is that a fair assessment of that album?

LAW: Yes. We went back to East Texas to record it. You know, everybody has a different idea of what country music is, and I guess I wanted it to reflect what I thought, what my idea of country music is.

MV: And you recorded it in a historic place, SugarHill Studios. I'm sure the ghost of George Jones and Clifton Chenier and Doug Sahm were present in the room.

LAW: I certainly hope so.

MV: How did it all come together there?

LAW: I’m sort of like a Tasmanian devil. I just write and find songs and let's do this and let's do that, and how it all comes together is a good producer. Frank [Liddell, Womack’s husband and producer] kind of channels everything and makes sense out of everything that I spout out. But you know, I wrote more for this record because I was off and had time to write. I cut songs that I had written years ago that were too country for the record deal that I had at the time, you know. And then I have friends who write country songs, but they can't get them cut because nobody's cutting that kind of stuff. That's kind of where all the material came from, and of course a few covers that reflect my east Texas roots.

MV: How did you assemble the band for this particular album? What were you looking for as you were thinking about the sounds you wanted to create?

LAW: Frank and I will sit and talk about sonically what I want things to sound and how we want things to feel, and that will dictate what musicians we hire. You know, I was very very happy with the job they did, and we knew what guys would get what we were trying to do.

MV: So what's next? Have you thought about the next album or a next idea?

LAW: Funny you should ask, I just started thinking last night, ‘before I know it, it's going to be time to make another record. Where do I want to go?’ I don't know, usually that happens naturally, so I'm just waiting for inspiration.

MV: It seems to me like the place for artists who are making music independently right now is really rich. I'm not entirely certain that an artist like Margo Price, who is coming through St. Louis just a couple of days after you, would, even 10 years ago, have been able to achieve the stardom that she has. Is that your sense as well?

LAW: Absolutely. Yes. Totally. And I love that. It's such an exciting time right now because there are avenues for artists like Margo to be heard, and people should hear that and I love that because, like you said, when I first started 15 years ago, 18 years ago, there's no way. I mean I got lucky and got “Never Again” on the radio, but that was definitely the exception. That was not what was happening, and it didn't happen over and over again. So I love this time right now to see artists like her get attention.

MV: It’s a really good time to be a country music fan. This has been written a lot about your album, there's kind of a timeless quality to it. I think people will be listening to it 20 years from now, and it's going to feel as relevant and as important at that moment as it does right now. It's just fantastic for listening.

LAW: Like you said, it's an exciting time for real country music right now and people who really have something to say, and it's a lot more fun being a part of this scene than it was for me being a part of the more commercial scene, you know. I cannot tell you how much happier I am now than I was 10 years ago. When you look at my very first single that I put out, that's the music that I left home to go make, and it speaks to me, so I'm so happy to hear that. It's funny to me that people are surprised that I make that kind of music, you know, but a lot of people only knew me from “I Hope You Dance” and stuff like that. So I get it.

MV: The new album is getting a lot of spins here at KDHX, and I think you'll have a great crowd. I'll be there. I'm really looking forward to it, and I hope that all your travels go safely and that everybody at your house is happy and healthy, and I wish you all the luck.

LAW: Thank you so much. I'll see you then.