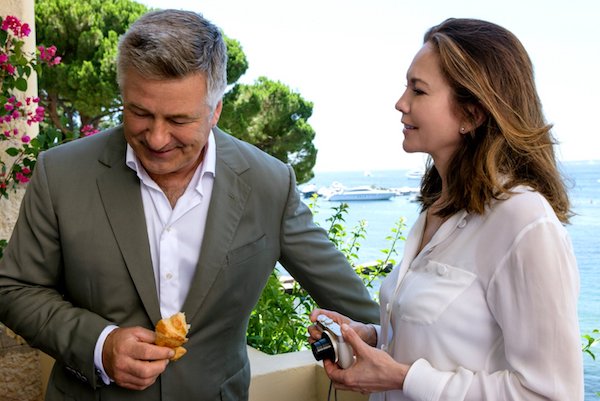 'Paris Can Wait' obsesses over food and wine with superficial conversation

Road movies, a popular genre, offer opportunities to encounter varied environments while confronting oneself, a literal and metaphorical journey. Writer/producer/director Eleanor Coppola at 81 presents her fiction film debut, Paris Can Wait, as an entry to that group. It begins in Cannes with Anne Lockwood, suffering from an earache, opting to drive to Paris with Jacques, husband Michael's business partner.

Troubleshooting film productions, Michael flies to Budapest, planning to rendezvous soon with Anne in Paris. She expects a quick trip, Jacques entertains other ideas, stopping frequently for gourmet meals and to philosophize about the French approach to life; in essence, regarding food and love, the French follow natural human passions while Americans feel guilty or need a reason to indulge -- in chocolate, for example. Jacques becomes tiresome and repetitive.

The strongest scenes are the earliest ones in which Anne and Michael's brief, casual interaction communicates the essence of their twenty-year relationship. While Michael clearly cares for Anne, he's narcissistically absorbed with his problems, treating Anne like a helpmate instead of a partner. He isn't cruel, just indifferent, giving her ear pain nonchalant acknowledgement and letting her drag his suitcases to the hotel lobby. There's a lot submerged here more promising than Jacques' (and the film's) preoccupation with food and wine. (Anyone sharing that passion can find recipes on Sony Classics' website.) But while I appreciate a great meal, watching Anne and Jacques eat and converse doesn't make for a compelling 92-minute film.

Cinematically, a field of lavender, a Roman aqueduct and other locations are beautiful. The food and wine always look appetizing, but Paris Can Wait still leaves me hungry for more -- more substantive conversation about something besides self-indulgence, more exploration of the serious subjects broached, and more than a frivolous consideration of this middle-aged woman reevaluating her choices. At Landmark's Plaza Frontenac Cinema.