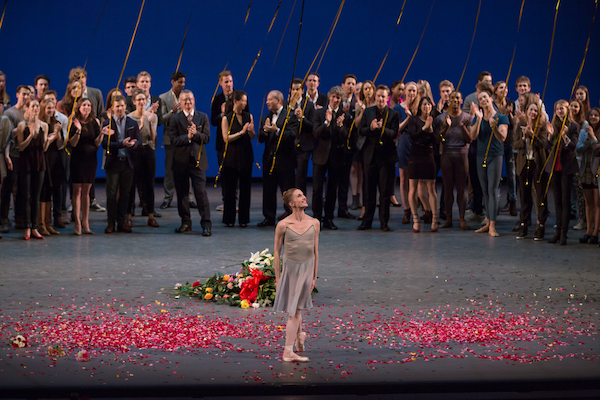 Wendy Whelan is a legend, described as an American treasure, America's greatest contemporary ballerina, and "the best" by Mikhail Baryshnikov. She danced for thirty years with the prestigious New York City Ballet, as principal dancer since 1991. In 2013, at forty-seven, she confronts what all athletes face -- the certainty that the body yields to the changes time visits upon it.

Whelan acknowledges, "I do feel the ticking clock." But as directors Linda Saffire and Adam Schlesinger's captivating documentary Restless Creature: Wendy Whelan shows, Whelan is far from accepting defeat. In fact, because of her single-minded passion for dance, she has already triumphed over daunting challenges and will meet new ones. At twelve she was diagnosed with scoliosis, endured traction and a cast while still pushing her body to learn to bend gracefully. In the course of this film, Whelan will have orthoscopic surgery to repair a labral tear in her right hip and subsequent physical therapy. (Warning: though brief, the operation is graphically shown.)

Through all of this, her decision to dance one final new ballet before retiring from the New York City Ballet in 2014 drives her. As she says, "If I don't dance, I'd rather die." With the camera practically glued to Wendy, the film documents an array of events with her family, friends, choreographers, and other dancers. Whelan remains front and center, with footage (always too brief) from ballets by George Balanchine, Jerome Robbins, Christopher Wheeldon, Alexei Ratmansky, and Peter Martins, Ballet Master in Chief of the New York City Ballet. The directors could have left out some of the overhead ballet performance shots, but they have an uncanny ability to plant their camera well and choose revealing moments. Above all, their subject is wonderful to watch--accessible, honest, and full of life off stage and a marvel in practice and performance.

The title "Restless Creature" comes from Whelan's 2014 contemporary, touring dance project. The documentary Restless Creature: Wendy Whelan speaks not only to fans of ballet and elite athletes, but also to everyone captivated by determination, self-awareness, and a commitment to pursuing what they love in life, despite serious setbacks. It is showing at Landmark's Plaza Frontenac Cinema.