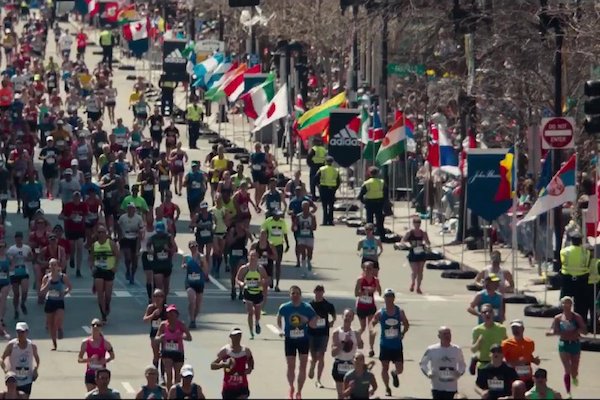 One of the better ways to grasp a tragedy, in this case the Boston Marathon bombings, is through the experiences of individual victims. On that April 15, 2013, Jeff Bauman went to the legendary race's finish line to root for his ex-girlfriend Erin. He had the misfortune of standing next to one of the two homemade bombs.

Bauman lost both his legs from the knees down. A man in a cowboy hat, captured in a photograph that became an iconic image representing strangers aiding the injured, helped save Jeff after tourniquets stopped his legs' hemorrhaging. Most of us know the story of Jeff's fight back through a multitude of challenges, psychologically as well as physically; and we can anticipate the film's trajectory.

What distinguishes Stronger is the care with which it presents Jeff's fight, including in the film physical therapists and hospital staff that actually worked with Bauman. We come to understand more fully the battles facing him, his family, and friends. But Jeff is not a Dudley Do Right angel without demons before and after his tragedy. In fact, one of the recurring motifs is "Just show up!" since Jeff didn't always do so, as Erin points out, leading to her breaking off their relationship in the film's first scene. Just as it takes a village to raise a child, it takes a community to restore a traumatized adult, and the Boston Strong pitch in through diverse activities, showing that attention, and even fame, brings its own trials.

As Bauman, Jake Gyllenhaal disappears into the role, giving an Oscar worthy performance, one of restraint that levels a much stronger impact than emotional excess would. Sentiment here is honest, earned and deeply moving. Miranda Richardson as Jeff's mother Patty and Tatiana Maslany as Erin communicate their own complex reactions. I wish Jeff's supportive friends had received more attention; they remain a bit too much Boston stereotypes (partying, cursing) and more sophisticated depictions would have enriched the loyalty they showed, despite their apparent need for education about the trauma's aftermath as well. Jeff faced a torrent of conflicting emotions he had to navigate.

Still, director David Gordon Green knows exactly where cinematographer Sean Bobbitt should put the camera; often an unusual, powerful perspective; for example, and notably, the scene when the dressings are removed from Jeff's knees. Green wisely saves the most horrific bombing images and the most clichéd triumphant ones until the end, leaving us with an upbeat finish but also a depth of knowledge about the difficult, zigzagging path to get there. At its core, Stronger thereby delivers a fine tribute to the human spirit. At area cinemas.