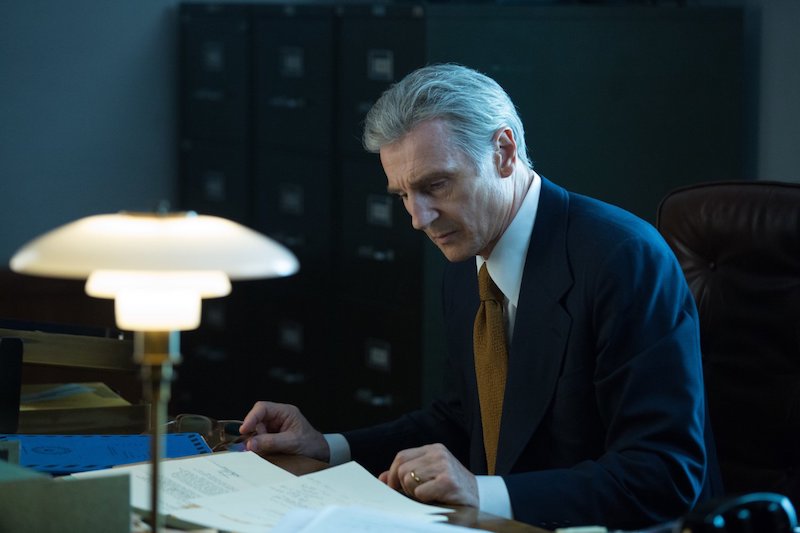 'Mark Felt: The Man Who Brought Down the Whitehouse' goes behind the scenes of Watergate

Those alive at the time certainly remember and those who know history have surely learned of the monumental importance of the break-in at the Democratic National Committee offices in the Watergate complex June 17, 1972. Subsequently, several journalists, not only the Washington Post's Bob Woodward and Carl Bernstein, investigated these events, leading to President Richard Nixon's resignation.

F.B.I. Deputy Associate Director Mark Felt figured as the critical, knowledgeable individual who gradually learned about and exposed the White House's connection to these criminal acts. Felt provided indispensable information, despite warnings and pressure on the FBI to shut down its inquiry. Until 2005 when Felt revealed his identity in a Vanity Fair article, the public knew this man only as Deep Throat, the mysterious individual who prompted and promised earth-shattering revelations if the truth were revealed. Archival footage of Walter Cronkite, Dick Cavett, and President Nixon add strong reminders of the period and what was at stake.

Beginning in April 1, 1972 and proceeding chronologically, Mark Felt: The Man Who Brought Down the Whitehouse goes behind the scenes to explore the internal politics of the FBI. Felt's motivation to reveal the Executive Branch's unethical behavior is, at least in part, prompted by this thirty-year FBI veteran passed over for promotion after J. Edgar Hoover died in May '72. Writer/director Peter Landesman based the film on two memoirs: one my Mark Felt himself (he died in 2008) and the other by Felt's attorney John D. O'Connor. The compelling insights merge the political and the personal, weaving in his wife Audrey, indignant at the treatment of Mark, and the search for his daughter Joan.

As Felt, Liam Neeson reclaims his acting kudos. Seething and outraged, he suppresses his fury with a clenched jaw and flashing eyes while expressing the indignation of a qualified professional who has put in his time only to be passed over for the promotion he deserves. As Audrey, Diane Lane expresses her resentment over their thirteen posting and thirteen moves that end in futility, but, as usual, her role as "the wife" is undeveloped and clichéd. Tony Goldwyn, Josh Lucas, Tom Sizemore, and Eddie Marsan, among others, give excellent supporting performances.