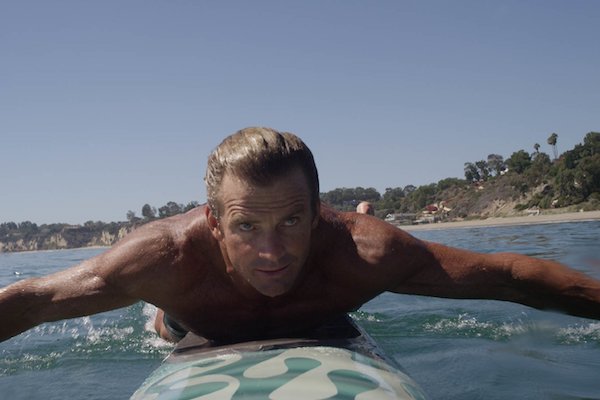 In the jaw-dropping documentary Take Every Wave: The Life of Laird Hamilton director Rory Kennedy wastes no time presenting astonishing footage of the waves Laird surfs. As a voiceover narrator observes about Hamilton, "Other people ride waves. He rides 100 foot waves," with another commentator adding, "To put that in perspective, that's high enough for this man to be insane."

Laird's take on this is, "I've been waiting a lifetime to ride this thing out here." "This thing" is a monster wave that Laird welcomes. Kennedy's documentary follows this introduction with a chronological relating of Laird's total embrace of surfing, inevitably leading to this fearless ride on a truly mammoth wave. Details of Laird's life do suggest his commitment to surfing seemed fated since his mother and his father both surfed. But his mid-1970s home was no sanctuary nor was school in Hawaii where he was regularly picked on and beat up. Laird took out his frustration in disruptive mischief and retreated to what he calls the equality in the ocean.

All of the descriptive commentary is overshadowed by truly dazzling, awe-inspiring cinematography, some of it shown in a 60-Minutes profile of Hamilton but some of it new. All of it is so astonishing it's worth a documentary of its own. As if any more adrenalin is needed, Nathan Larson's music pumps up the excitement. For a one-time, very small wave Hawaii surfer like me, for those who go for the big waves, or for anyone interested in elite, even death-defying athletes, Take Every Wave: The Life of Laird Hamilton offers a thrilling two hours. At Landmark's Tivoli Cinema.