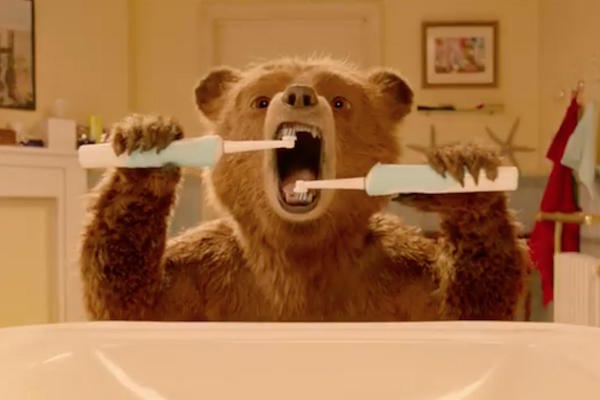 'Paddington 2' lives up to its forebear

Sometimes one goes to a sequel, fearful that it's going to be mediocre. Still, one goes because one likes the characters. The film industry, the Mother of Sequels, banks on that. So one heads off to "Paddington 2" with one's love for that bear tucked safely inside.

Good news! This sequel is very nearly as good as the first version of the story of a bear in London. The film begins with Paddington, voiced by Ben Wishaw, writing his Aunt Lucy (Imelda Staunton) to fill her in on all that's happened to him while living with the Browns.

Paddington has made himself known and loved in the neighborhood, always following Aunt Lucy's advice to be polite and to help others. Paddington wants to buy a present for Aunt Lucy's 100th birthday, so he goes to an antique store run by Jim Broadbent and discovers a pop-up book about London. It costs very dear. So he gets a job washing windows. He does. And when he earns enough, he returns to the store to buy the book. But it's gone. Gone!

Paul King co-wrote the mystery with Simon Farnaby. King directed the original and the sequel, which means he married animation to live action like a pro. So there's a delicious scene wherein a prisoner, Brendan Gleason at his best, stirs up marmalade with Paddington. And there's a delightful scene mid-way through the credits that you must stay for.

The film's cast says a lot about the film's appeal. Here is Sally Hawkins swimming again after "The Shape of Water" and Hugh Bonneville being lordly.  The fine character actress Julie Walters plays Mrs. Bird again, and there are Tom Conti as a judge and Peter Capaldi, formerly Dr. Who, as judgmental. Eileen Atkins and Joanna Lumley put in cameos. But the very best appearance is by co-star Hugh Grant, proving that actors are liars. Why they lie for a living. "Paddington 2" is so much fun. It's just dessert.