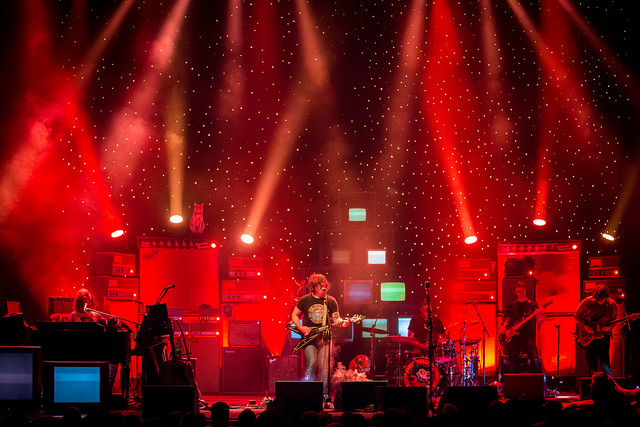 Ryan Adams at the Pageant: Phenomenal in spite of himself

Forget the Twitter attacks on The Strokes, forget blogs about what blue jeans make one's butt look best. Forget the coziness with and eventual covers of Taylor Swift's 1989, which actually has Adams making a few good renditions of some of her tunes. Forget the claims on the part of Julian Casablancas that Ryan doled out heroin to the band, which set The Strokes back quite a bit. Forget the decade-or-so-old bitchy phone call to Jim Rogatis demanding that Ryan Adams be above criticism. And there's much more you're going to have to forget in order to simply watch Ryan and Co. put on another phenomenal show which they absolutely did last Tuesday at the Pageant.

Adams opened with a few tunes from his latest album, Prisoner. This statement could be non-true, given that Adams is as unstoppably prolific as Robert Pollard, both artists putting out albums the way the rest of us measure the amount of showers we may have taken. The first song, "Do You Still Love Me?" could be a calling-out to his ex-wife, an estranged lover, what have you. The jangling and bright mid-tempo guitars feature Mr. Adams asking the question we've all asked after a breakup or life-shattering schism between A & B.  Prisoner, like so many of Ryan's albums, finds this listener more and more open to what it is he's doing, making, singing. It's cool to preemptively write off such a public figure and performer like Adams, given a laundry list of public faux pas, but when he moved into "Give Me Something Good," I was utterly won over. Homeboy's got pipes and plays the guitar and he knows he's still got it. The crowd -- I think music is somewhat measured democratically -- was extremely attentive to each lick, note, song, and Adams for the most part just thanked them and moved on to song after song that held the majority spellbound. I only wished the band and the mix had been louder, and I mean this as a compliment to all of them. I was in a mood, right after the first song, to be annihilated by a wall of the band and that voice we all have grown to love.

From "To Be Young..." to the close of the show, we were treated to a great sampling of "alt-country," "indie rock," and what Adams has always done best, "rock 'n' roll."  Simply put, he visibly and sonically puts everything he has into his shows. This wasn't my first proverbial rodeo with Ryan's performances, given I have travelled to Nashville and other places in the past to see him. I will only add that this was my favorite performance out of a slew of concerts of his, and perhaps his recently found sobriety has something to do with this. I don't know. I do know that my friend and I both went in very skeptically and came out with huge grins and ears not ringing quite hard enough. Forget all of this and go back through his catalog of great albums of which there are many. Ryan Adams picked so many tunes from such a wide, deep and lifelong devotion to his craft, that there is nothing to find fault in him other than what he's probably thought himself. I loved last Tuesday, though Wednesday came hard at 6 a.m.  It was worth it, well worth it, and the memories of Adams' performance were paying me double the next morning.

Click the image below for Dustin Winter's photos of Rhyan adams and opener Jillian Jaqueline. 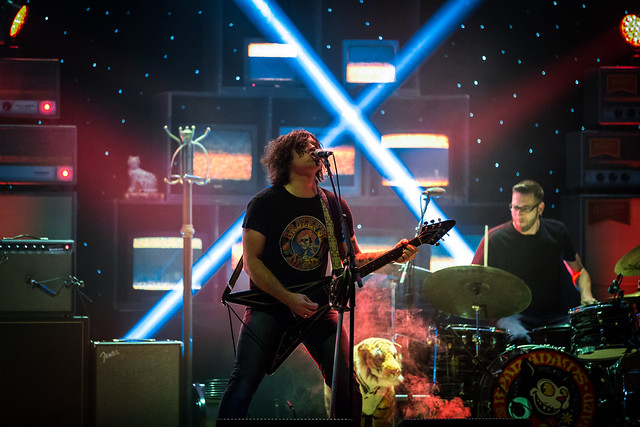