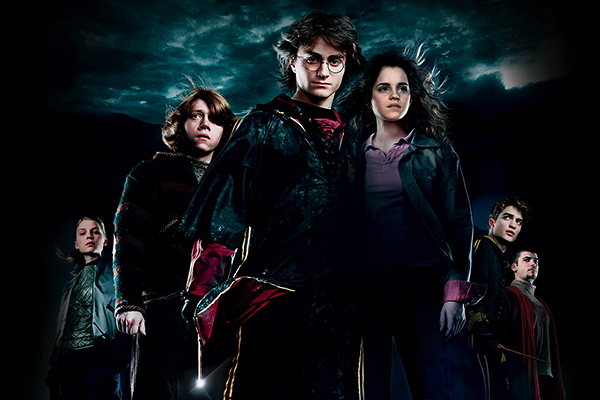 Looking for some fine old family-friendly fun this weekend? Allow me to recommend "Harry Potter and the Goblet of Fire in Concert."

It's the hit movie with the soundtrack, by Scottish composer Patrick Doyle, played live by the impressive forces of the St. Louis Symphony Orchestra at Powell Hall under the baton of conductor (and composer in his own right) Justin Freer. The quality of the print is excellent, with crisp, clear dialog tracks delivered by Powell Hall's upgraded sound system, and captioning for the hard of hearing. It looks great on the big screen.

As always, though, the music is the main attraction for events like this one. Best known for his work on high culture projects like "Henry V," "Hamlet," and "Gosford Park," Mr. Doyle produced a score for his one and only Harry Potter film which, while not quite up to the standard set by John Williams in previous films in the series, is nevertheless very evocative of J. K. Rowling's fantastical world and filled with auditory delights.

Swirling high strings perfectly capture the empty chatter of gossip columnist Rita Skeeter, for example, while the low brasses underscore the ominous tone of this film compared to earlier entries in the series. This is, after all, the point at which the Potter saga takes a turn towards the dark side, as Voldemort and his racist "Death Eaters" begin their plan to impose a fascist regime on the wizarding world.

There are also amusing bits of pastiche, like the classic British brass band sound of the "Hogwarts March" and the mock-1930s dance music for the Hogwarts Yule Ball.

The score gets the kind of solid virtuoso treatment that has become commonplace from the SLSO, with impressive work by the expanded brass and percussion section. On Friday night, Mr. Freer had all of the first chair players stand up for well-deserved applause during the curtain call.

So put on your Hogwarts house uniform and grab your wand (but leave your owl at home) and fly down to Powell Hall to hear his music delivered with an impact you just can't match in a movie theatre. The final showing of Harry Potter and the Goblet of Fire is Sunday, September 16, at 2 pm. Tickets are available only by calling the box office at 314-534-1700.