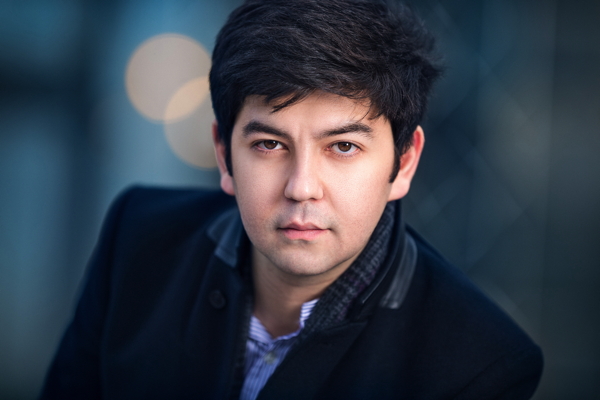 Review: Ringing in the New with the St. Louis Symphony Orchestra

A gratifyingly large crowd turned out for an equally gratifying opening night of the 2018/2019 St. Louis Symphony Orchestra season (Saturday, September 22), as Resident Conductor Gemma New led the orchestra in a concert of favorites by Elgar, Grieg, and Sibelius, along with the local premiere of Aaron Jay Kernis's glorious "Musica celestis" for string orchestra (which the composer was here to witness; he got a nice curtain call afterwards).

The concert opened with a patriotic punch: an arrangement of "The Star-Spangled Banner" by John Philip Sousa and Walter Damrosch (long-time conductor of the New York City Symphony Orchestra), during which many of us sang along, and a powerful performance of Sibelius's "Finlandia." Indeed, the nuance and variety of Ms. New's approach to the latter, a work which could have been simply dashed off with what George M. Cohan called "plenty of biff and bang," set the tone for the entire evening. Both the Grieg Piano Concerto and the Elgar "Enigma Variations" that followed benefited from an approach that found a wide range of colors and emotions in these concert standards.

The talented young (born in 1990) pianist Behzod Abduraimov was the soloist for the Grieg Concerto. He delivered a striking and personal performance with an ideal mix of technical flash and sensitivity. His take on the famous first movement cadenza was especially gripping, perfectly mixing passion and poetry. On the podium, Ms. New made it possible to hear this chestnut with fresh ears, with a brisk and authoritative treatment of the famous opening theme that contrasted sharply with a luxuriant and lyrical second theme.

There was a romantic richness to the Adagio second movement, as well, with a robust string sound and excellent work by Thomas Jöstlein's horn section. The energetic outer sections of the finale stood in pleasing contrast to the lyrical central section, with expressive playing from flautists Mark Sparks and Ann Choomack.

The thunderous applause didn't let up until Mr. Abduraimov gave us an encore, and an impressive one it was: the third of Franz Liszt's six "Grandes études de Paganini" nicknamed "La Campanella" for the rapid bell-like figure that runs through it. It's fiercely difficult, with wide leaps for the right hand (sometimes over two octaves), but Mr. Abduraimov not only negotiated it with ease but performed the piece with feeling as well.

The second half of the concert opened with Mr. Kernis's "Musica celestis," a work of transcendent beauty. Originally the slow movement of the composer's 1990 String Quartet No. 1, the movement soon gained an independent life of its own. The title translates as "heavenly music" and to my ears it fully lives up to that title, building from a quiet opening to an ecstatic peak before fading out in the highest reaches of the strings, as though ascending to heaven.

Mr. Kernis achieves this with a striking economy of means. The work is, as the composer himself has noted, essentially a passacaglia, in which a simple descending figure first heard in the opening bars becomes the basis for a series of variations, finally leading to the ethereal coda. Mr. Kernis acknowledges the work of 12th century composer, author and mystic Hildegard von Bingen as an influence here, and I have to agree that it did put me in mind both of her vocal music and also of another more recent adaptation of it, Christopher Theofanidis's "Rainbow Body," which was performed by the SLSO to great effect a decade ago. And that, as they say, is a good thing.

"Musica celestis," as befits its origins, is scored for string orchestra, and the SLSO strings acquitted themselves brilliantly here. The quiet final moments for the work were especially powerful and the overall sound of the section was full-bodied and rich. You could also hear the string quartet origins in the solo passages played so beautifully by Concertmaster David Halen, Associate Concertmaster Heidi Harris, Principal Viola Beth Guterman Chu, and Principal Cello Daniel Lee.

The concert concluded with Elgar's musical family album, the "Enigma Variations." It's a series of fourteen variations on the "enigma" theme first stated at the very beginning. The composer said it was an "enigma" because it actually refers to "another and larger theme" which is "not played." Elgar never revealed what that theme might be and speculation has been lively but I'm inclined to go along with the school of thought that the "theme" wasn't musical at all but rather the common thread of friendship and good humor that pervades the music.

Certainly Ms. New's interpretation was brimming with warmth and, when appropriate, good humor, as well as passion and sensitivity. The opening "enigma" theme was unusually lush, the "Dorabella" variation (number 10) was the epitome of grace, and the comic eleventh variation, which depicts a bulldog tumbling into the river Wye, paddling upstream, and then emerging with a triumphant bark, was just as much fun as it should have been. The contemplative and lyrical "Nimrod" variation (number 9), which is often heard alone, had a great, reverential sweep and the finale--the composer's self-portrait--bristled with the confidence that one hears so clearly in Elgar's more popular works. It was a well balanced and sometimes surprising performance that brought the evening to a most satisfying close.

Next at Powell Hall: Hannu Lintu conducts The St. Louis Symphony Orchestra and violinist Leila Josefowicz Friday and Saturday at 8 pm, September 28 and 29. The program consists of "Flounce" by contemporary Finnish composer Lotta Wennäkoski, the Violin Concerto by composer/conductor Esa-Pekka Salonen, and Shostakovich's Symphony No. 11. The concerts take place at Powell Hall in Grand Center.