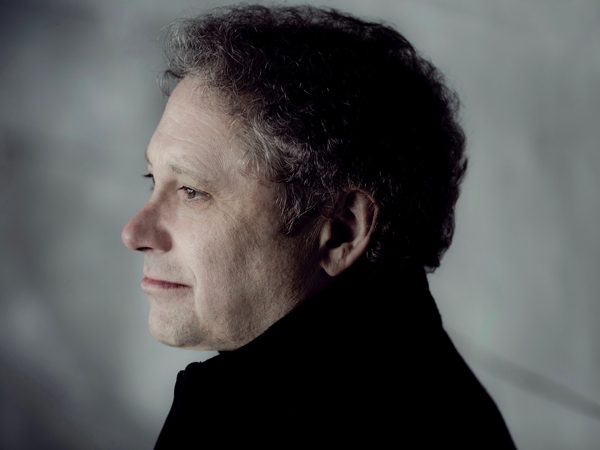 Review: A festive Baroque concert with Richard Egarr and the SLSO

The St. Louis Symphony Orchestra (SLSO) program this past Sunday (December 8th) didn't have a single piece of Christmas music on the bill but it couldn't have been more appropriate for what Charles Dickens called "this festive season of the year."

Led from the keyboard by conductor/harpsichordist Richard Egarr, the concert of music by Handel and Bach was, indeed, consistently festive and celebratory in the "joy to the world" vein, beginning with a rousing performance of a suite compiled by Mr. Egarr of selections from Handel's "Water Music."

Commissioned by George I for a 1717 party on the River Thames, the "Water Music" is jolly stuff, and got a wonderfully precise and good-natured treatment by Mr. Egarr and the band. The trumpets and horns, placed on opposite sides of the stage for maximum antiphonal effect, sounded splendid, and Mr. Egarr found enough variety in the music to make it more than just a "joyful noise." I especially liked his subtle use of the tympani at the begining and end the first and last movements.

Handel's 1749 "Music for the Royal Fireworks," which concluded the first half of the concert, got an equally energetic and polished treatment. There was fine work from the trumpets and horns once again, as well as from the oboes and bassoons.

In between these two big, celebratory works was Handel's more modest Sonata à 5, HWV 288, for solo violin and two oboes along with strings and harpsichord. It was first performed in Rome in 1707, with the composer himself and the harpsichord and the solo violin part played by the composer/violinist Archangelo Corelli.

Sunday those roles were taken by Mr. Egarr and SLSO Associate Principal Second Violin Kristin Ahlstrom. Ms. Ahlstrom's performance was impressive, especially in the stormy closing movement with its novel "echo" cadenza. Mr. Egarr conducted with his head and body as he played the keyboard part with great style. The harpsichord was amplified, but minimally so, and sounded very natural from our seats in the dress circle boxes.

For the rest of the concert, the focus shifted to Handel's equally famous contemporary J.S. Bach, with performances of his Brandenburg Concerto No. 5 and Orchestral Suite No. 3. Both works date from the time when Bach was the music director and resident composer at the court of Prince Leopold of Anhalt-Cöthen (1717 to 1723) and fulfilled the prince's desire for what Paul Schiavo described, in 2012 program notes for the SLSO, as "lively secular instrumental music".

The two solo instruments in the fifth Brandenburg concerto are ostensibly the violin and oboe, although the harpsichord part, which becomes increasingly dominant during the first movement, is so important and so technically demanding that it might as well be a third solo instrument. Angie Smart of the SLSO's First Violin section and Associate Principal Flute Andrea Kaplan played with great virtuosity, as did Mr. Egarr at the keyboard.

The performance of the Orchestral Suite No. 3 that concluded the concert was lively and tremendously engaging, never losing sight of the fact that four of the five movements have their roots firmly planted in the court and country dances of the 18th century. I especially loved the vigor and clarity of the contrapuntal second half of the suite's opening "Overture" movement.

Next at Powell Hall: Stuart Malina conducts the St. Louis Symphony Orchestra along with the Holiday Festival Chorus and soloist Rachel Potter in the Mercy Holiday Celebration Friday through Sunday at 2 and 7:30 pm, December 13-15. The program consists mostly of familiar sacred and secular holiday songs along with dances from contemporary American composer Terry Mizesko's "A Chanukah Celebration" and the annual "Holly and Jolly Sing-Along." The concerts take place at Powell Symphony Hall, 718 North Grand in Grand Center.