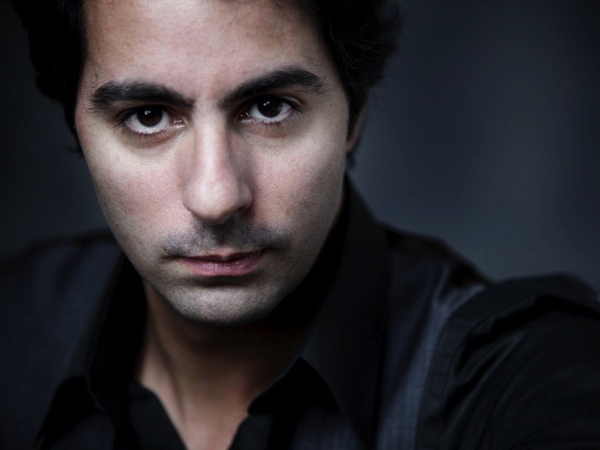 In my experience, nothing guarantees a light turnout at a St. Louis Symphony Orchestra (SLSO) concert like an unfamiliar conductor and/or soloist. Combine that with a program that features two works not often heard hereabouts and you get the kind of relatively small house I saw last Saturday (February 1st).

Which is a shame, because conductor Nikolaj Szeps-Znaider and pianist Saleem Ashkar, both making their local debuts, delivered quite a fine program of music by Schumann, Mendelssohn, and Tchaikovsky.

The concert opened with a nuanced and very powerful reading of the overture to Robert Schumann's 1848 "Manfred: Dramatic Poem with Music in Three Parts," Op. 115. Based on Byron's "Manfred: A dramatic poem," Schumann's complete "Manfred" consists of the overture along with 15 additional numbers for orchestra, choir, and soloists, dramatizing scenes from Byron's three-act work--which is why the rest of the piece is rarely heard.

As it is, the overture isn't exactly common--the SLSO hasn't played it in over 32 years--but it's still a striking and original work, filled with dark conflict. Mr. Szeps-Znaider brought out the dissonance in the slow, brooding introduction that suggests the setting of Byron's opening scene ("a Gothic Gallery. --Time: Midnight"), which made the body of the work--marked "Leidenschaftlich" ("impassioned") in the score--all the more dramatically charged. The orchestra sounded up to its usual high standard, with especially notable work from Tom Drake's trumpet section.

Mr. Szeps-Znaider conducted without a score, suggesting an intimate familiarity with the music. I certainly heard that in his interpretation as well as in his confident and precise style on the podium. Here is a conductor who can draw big moments from the orchestra without equally larger-than-life gestures, which is admirable.

The Mendelssohn Piano Concerto No. 2 in D minor, written on an 1837 commission from the Birmingham Music Festival, has generally been eclipsed on the concert stage by the composer's more popular Concerto No. 1. That's regrettable, since it has much to recommend it, including a dark, conflicted first movement that recalls the opening of the "Manfred" overture. The second movement, which follows without pause, has been characterized by what Zoran Minderovic at allmusic.com calls "a hypnotic atmosphere of tranquil meditation, mystery, and melancholy." The concluding Presto scherzando moves the key back to D major with a flashy solo part and jovial interchanges between piano and orchestra.

All this requires a pianist who can produce both the power of the opening movement and the poetry of the second as well as the graceful virtuosity of the third. Mr. Ashkar showed that he had all of that Saturday night, with a particularly impressive combination of technical skill and terpsichorean lightness in all those staccato passages.

His performance got a warm reception from the audience, whom he rewarded with a nicely contrasting encore: Chopin's Nocturne No. 9 in B major, op. 32, No. 1. It's a work that requires a different kind of virtuosity in that it necessitates what Alan Walker, in a recent biography of the composer, calls "unusual rhythmic independence of the hands." Mr. Ashkar's performance was so smooth it was easy to forget that he was playing, for example, eleven notes in the right hand against every six in the left.

The concert concluded with a delightful suite assembled by Mr. Szeps-Znaider from Tchaikovsky's "Sleeping Beauty" ballet, Op. 66, and conducted with great authority. If you're familiar with the popular short five-movement suite the composer himself published as Op. 66a (last performed by the SLSO in 2014), the more diverse and elaborate eleven-movement suite played this weekend probably came as combination surprise and revelation. Personally, I enjoyed hearing selections from the score not often encountered outside of a complete performance of the ballet, including the Pas de quatre (No. 23) from Princess Aurora's wedding, with its character dances by the four Jewel Fairies (Gold, Silver, Sapphire, and Diamond).

This being Tchaikovsky, there were plenty of solo opportunities, and the SLSO musicians made the most of them. That included Principal Clarinet Scott Andrews at the beginning of the Pas de six (No. 3) as well as Principal Harp Allegra Lilly in the Pas d'action (No. 8a), the famous "Rose Adagio" from Act I. I was also taken with the double reeds--Jelena Dirks and Xiomara Mass on oboes, Cally Banham on English horn, and bassoonists Andrew Cuneo and Felicia Foland--in the "Puss in Boots" Pas de caractère (No. 24). In fact, if I were to list every outstanding solo turn, I'd wind up listing just about every first chair member of the orchestra, and this review has gone on long enough as it is.

The performance got an enthusiastic and well-earned standing ovation. I'm sorry more local music lovers weren't on hand to see it. Personally, I love seeing newer (and younger) faces up there on the stage; it gives me hope for the future of what we call "classical" music.

Next at Powell Hall: Stéphane Denève returns to lead The St. Louis Symphony Orchestra and Chorus, along with soloists Ellie Dehn, soprano; Jennifer Johnson Cano, mezzo-soprano; Issachah Savage, tenor; and Davóne Tines, bass-baritone on Friday and Saturday at 8 pm and Sunday at 3 pm, February 7-9. The program consists of Beethoven's Symphony No. 9 ("Choral") and the local premiere of "Silent Night Elegy" by Kevin Puts, so I expect a larger house. Performances take place at Powell Symphony Hall in Grand Center.