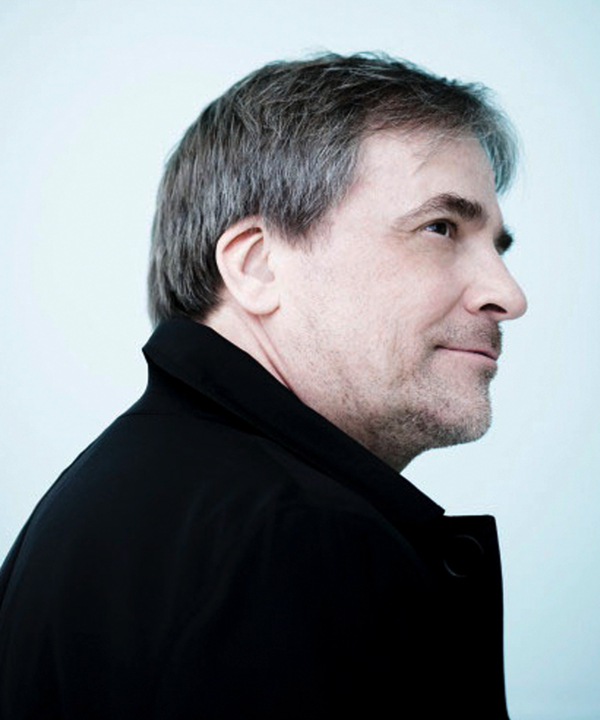 This past weekend guest conductor John Storgårds and the St. Louis Symphony Orchestra (SLSO) offered killer performances of a quartet of works that offered surprising and unorthodox sounds and rhythms. And there was another surprise: although separated by two and a half centuries, three of the four were receiving their SLSO premieres.

[But first, a quick note: for reasons with which I will not bore you, I saw this weekend’s concerts in two installments, with the first half on Friday night and the second half on Saturday. I now return you to your regularly scheduled review.]

The concerts opened with Haydn’s Symphony No. 64, composed sometime between 1773 and 1778. Its nickname (which, for a change, it got from the composer) is "Tempora mutantur,” which translates as “the times change”—the opening line of a Latin proverb that also provides the theme for this weekend’s concerts. The phrase refers mostly to the Largo second movement in which the composer, who was fond of confounding audience expectations, seriously messes with the listener’s sense of musical time.

Conducting without a baton Storgårds, who has been a frequent guest here over the years, gave it a robust and varied reading, including a slightly eerie second movement. There was great work by the band here, especially the horns (Roger Kaza and Julie Thayer).

The first half concluded with the 2019 Piano Concerto by contemporary (b. 1971) English composer Thomas Adès. With an abrupt beginning, in which the piano immediately launches into the jazzy main theme after a single thump on the bass drum, the concerto seems to begin in mid-thought. The overall mood alternates between dramatic and playful, with the piano sometimes contending with dense, complex orchestral textures.

Even though I had listened to the world premiere 2019 recording by the Boston Symphony Orchestra with Adès at the podium and his frequent collaborator Kirill Gerstein (also a familiar face here) as the soloist, it still took a minute or two to adjust to the composer’s complex orchestration, but once my ears got past that point the music proved to be a fascinating and wildly eclectic mix of ideas. Adès wrote this with Gerstein in mind, and Gerstein’s performance was pretty spectacular. The wide-ranging piano part uses nearly every key on the instrument and every musical color it can produce. Its technical requirements look substantial, including everything from intricate cross-hand playing to slamming the keyboard with a flat palm. Gerstein fearlessly delivered it all with deceptive ease.

There was impressive work from Storgårds and the orchestra as well, resulting in a rewarding reading of a demanding new work.

After intermission (which in my case, lasted 24 hours), the musical focus moved far to the north, with the local premiere of “Midnight Sun Variations” by contemporary (b. 1985) Finnish composer Outi Tarkiainen. In an interview during the broadcast of the world premiere performance at the 2019 BBC Proms (conducted, as it happens, by Storgårds), Tarkiainen revealed that the work is influenced by the fact that she is a synesthetic—someone who literally sees music as colors. It’s a form of perception that puts her in the company of Scriabin and Rimski-Korsakov, which ain’t shabby.

You don’t need Tarkiainen’s ability to actually see sound to visualize the colors of the “Midnight Sun Variations,” though. In Saturday’s performance the spare, woodwind-heavy opening readily conjured up visions of an eerie, dreamlike landscape lit by cool, quasi dawn. The writing for the clarinets, flutes, and piccolo sounded particularly demanding (although none of the woodwind parts sounded easy, either), so congratulations are due to the entire section.

Then the strings entered, and as the colors became warmer and brighter, the orchestra built to a massive explosion of sound, requiring heroic playing by the strings and brasses. The four members of the percussion section were kept exceptionally busy here, playing over a dozen different instruments from the tympani (Shannon Wood) to exotic items like the waterphone, wind chimes, and thunder sheet (Will James, Edouard Beyens, and Kimberly Shelley). Keyboardist Peter Henderson was kept hopping as well, moving between the celesta and piano.

The light then slowly died as the music faded ever so gradually and into total silence, led by a brief solo from Cally Banham’s English horn.

At this point, Storgårds and his forces had already handled two brand new and very demanding “big band” pieces. For the finale, that band got bigger still for Danish composer Carl Nielsen’s Symphony No. 4 (“The Inextinguishable”). Written during the early years of World War I, the symphony expresses the composer’s despair at the violence of the conflict. The final moments are jubilant, but there’s a lot of darkness and dissonance along the way.

Like the Adès concerto, Nielsen's symphony jumps out at you from the first notes with a leaping, aggressive theme that quickly dissolves into sad descending figures in the flutes and the first statement of a theme that will eventually morph into a triumphant declaration by the end of the final movement. There's a headlong rush in the music of this symphony that reminds us of the fact that Nielsen, like G. B. Shaw, believed in a kind of pantheistic "life force" that pervaded all of nature. It's that force that Nielsen saw as "inextinguishable," even in the face of war and death. As he wrote in his program notes for the piece, "music is life, and like it inextinguishable."

Storgårds is a physically imposing conductor who radiates vitality and power both on the podium and in his interpretations, especially in big, expansive works like this one. This was a Nielsen Fourth that began with an explosion of energy in the horns and brasses and maintained a sense of dramatic urgency all the way through, even in the gentler second movement with a flawless performance of the dance-like tunes woodwinds. The tension between the anguished strings and Shannon Woods’s angry tympani interjections in the third movement was palpable.

Storgårds and the band pulled out all the stops, though, with an electrifying fourth movement. Here the symphony truly lives up to its nickname with a triumphant finale preceded by the famous "tympani battle", in which tympani players placed on opposite sides of the orchestra fire volleys of sound at each other. Wood and Beyens proved to be highly effective combatants.

This was a long and physically demanding program for all the participants, and while I was happy that the applause was enthusiastic both nights, I was also disappointed that the audience was smaller than it had been in previous weeks. Presumably the combination of contemporary music and a lack of “big name” composers other than Haydn were factors in that. But when the band works this hard and delivers this impressively, they really deserve to be seen and heard by more of us.

Next at Powel Hall: the regular season takes a one-week break as Stephanie Childress leads the orchestra and soloists in “Revolution: The Music of the Beatles: A Symphonic Experience” on Friday, October 22, at 7:30 pm. Only Standing Room and limited view tickets are available at this time, FYI.