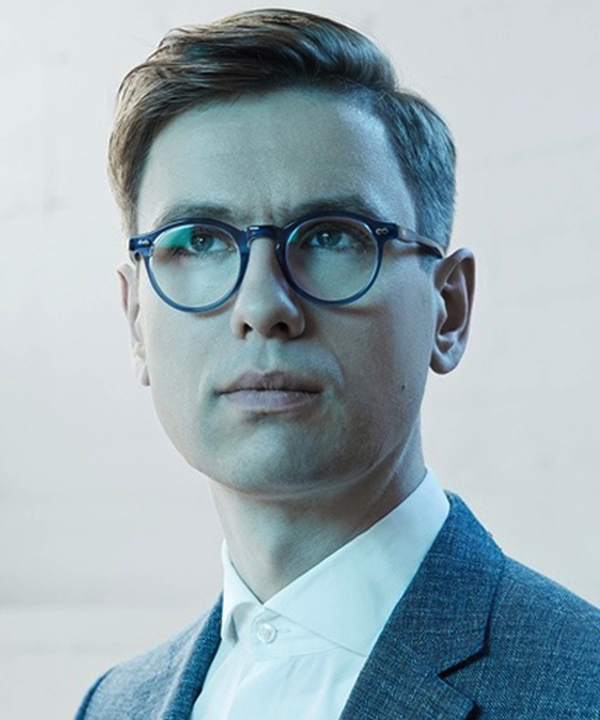 Symphony Review: Revolutionary Beethoven and Grieg with Víkingur Ólafsson and the SLSO

If I were called upon to summarize the St. Louis Symphony Orchestra (SLSO) concert last Saturday night (November 13) in one word, it would probably be something along the lines of exciting, electrifying, or stunning. But maybe the best choice would be “revolutionary.”

That is, after all, what the concluding work on the program—Beethoven’s Symphony No. 5—was when it first saw the light of day back in December 1808, even if it probably wasn’t apparent at its disastrous premiere at the end of a four-hour marathon in the unheated Theater an der Wein. The symphony’s structure, its obsessive energy, and even (as Joshua Wallerstein suggests in a recent episode of his “Sticky Notes” podcast) its musical content were all revolutionary.

As Music Director Stéphane Denève pointed out in his pre-concert remarks, Beethoven once contemplated actually relocating to France. He never did, but his fifth symphony was nevertheless inspired by the French Revolution’s values of “liberté, egalité, fraternité” (freedom, equality, brotherhood). That’s still the national motto in France, in fact. Here in the USA, sadly, we seem to have recently decided that only the first word matters, so it’s good to be reminded of the principles that were at the heart of both their revolution and ours.

The Beethoven Fifth has become such a familiar work that it might seem impossible to do anything truly revolutionary with it. But, as Denève proved with his stunning Beethoven Ninth last February, “it ain’t necessarily so”—especially when you pay attention to Beethoven’s directions about tempi.

As Denève points out,  Beethoven was an early adopter of what was, in the early 19th century, a cutting-edge piece of technology—the metronome. Patented in 1815 by the composer's sometime friend Johann Nepomuk Maelzel, the device for accurately indicating a musical tempo was happily adopted by Beethoven. So much so that in 1817 he went back to earlier works like the Symphony No. 5 and added metronome markings to the score. Over the centuries, alas, many conductors decided that those tempi were unreasonably fast, with the result that the Fifth has sometimes lost the visceral thrill it was supposed to have.

Not so Saturday night. From that famous four note phrase at the beginning right through to the devil-may-care triumph of the coda (taken at the hair-raising speed the composer had in mind), this was a Beethoven Fifth that made critical niceties like taking notes virtually impossible. It was too compelling, too dazzlingly executed, and just too much fun to take time out to scribble in a notebook.

Highlights of this glorious performance include the superhuman precision of the lower strings in the rapid fugal passages in the third movement, Jelena Dirks’s brief but beautiful oboe cadenza in the first movement, and the truly epic sound of the brasses and Thomas Jöstlein’s horn section. Denève’s interpretation was filled with delicious details, including an Andante con moto second movement that was imbued with the spirit of the dance—something I haven’t always heard in this work.

If this had been the only killer performance of the evening, that would have been enough. But we also got a Greig Piano Concerto that simply could not be beat. Soloist Víkingur Ólafsson made quite a stunning impression in his local debut with a performance that blended nuance and poetry with virtuoso flair. A veritable ball of physical energy, Ólafsson at some points bent so close to the keyboard that his face nearly touched the keys, yet at others seemed ready to leap from the bench in an explosion of passion.

His version of the famous first movement cadenza was a study in extremes, nearly coming to a complete halt before building steadily to the boiling power of the big restatement of the main theme. His concentration on both Denève and the orchestra was intense. And his playing overall was a model of clarity.

Speaking of the orchestra, let’s not forget that the concerto includes a fair number of opportunities for individual players and sections to shine. Roger Kaza’s horn had a warm, lush sound in the second movement, for example, and Adam Sandberry’s flute solo in the third movement’s bucolic interlude was a gem. At the podium, Denève kept everything moving along smoothly, making it easy to forget how episodic Greig’s writing is (he was, let’s face it, not a master of the larger musical forms). Some readings of the concerto come across as disjointed. This one felt like a spontaneous outpouring of melody—which is presumably what the composer intended.

It was a fine piece of work and got an enthusiastic standing ovation from the packed house. That led to an encore that took us to an entirely different musical world: the Adagio from Bach’s Organ Sonata No. 4, BWV 528, in a transcription by the Bohemian virtuoso pianist/composer August Stradal (1860-1930). Here, again, I was impressed by the lucidity of Ólafsson’s playing and his ability to keep the various threads of Bach’s counterpoint clear.

The concert opened with “Fate Now Conquers,” written just last year by Carlos Simon, the new Composer-in-Residence with the National Symphony Orchestra. The composer says that this short (five minutes), animated work was inspired by “the beautifully fluid harmonic structure of the 2nd movement of Beethoven’s 7th symphony” but to my ears it felt more like a highly compressed version of the Fifth. Dominated by a short, driving motif first heard in the tympani and low strings, “Fate Now Conquers” pauses briefly in the middle for a lyrical cello solo (played with great feeling by Daniel Lee). The headlong rush returns, builds to a brassy finale, and then, in bit of Haydnesque wit, abruptly stops, leaving the final notes to the low strings.

It got a precise and exhilarating performance by the orchestra and was an ideal way to start the concert.

Next at Powell Hall: Conductor David Danzmayr makes his SLSO debut with Schubert’s Symphony No. 9 (“The Great”), the USA premiere of Anna Clyne’s “Pivot,” and Bruch’s “Scottish Fantasy” with violin soloist Simone Porter. Performances are Friday at 10:30 am and Saturday at 8 pm, November 19 and 20.