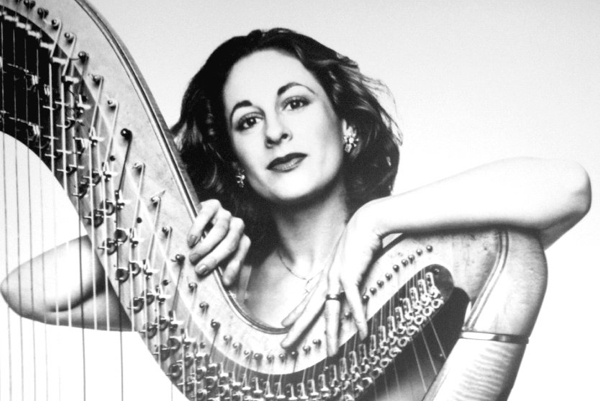 “The best laid schemes o’ Mice an’ Men,” wrote Robert Burns back in 1785, “Gang aft agley.” The two major works on the St. Louis Symphony Orchestra (SLSO) concerts this weekend (April 23 and 24) offer very different examples of how that can happen.

Alberto Ginastera’s Harp Concerto, which closes the first half of the program, was commissioned in 1956 by harpist and philanthropist Edna Phillips. At the time, Phillips was principal harpist with the Philadelphia Orchestra and had planned to give the work its premiere with the legendary Eugene Ormandy on the podium. Ginastera, unfortunately, dragged his feet on the assignment, first turning in a version that Phillips regarded as “far too pianistic in nature” and then throwing himself into a study of harp technique in an effort to come up with something more suited to the instrument.

Meanwhile the clock was ticking. By the time Ginastera finally completed the concerto in 1964, with input from the noted Spanish harpist Nicanor Zabaleta, Phillips had already retired. Zabaleta gave the premiere performance in 1965 and would later produce his own revised version of the work in 1968. That’s the version usually performed today, although some notable harpists (such as Heidi Lehwalder) prefer the 1965 original.

Regardless of the version, the Ginastera concerto broke a lot of new ground for the harp by extending the range of sounds the instrument (and the player) could be called upon to produce. Especially in the first movement, the concerto accentuates the percussive more aggressive sounds of the harp without neglecting the more instrument’s more lyrical aspects.

On her websie, Lehwalder, who has been a major proponent of the work for many years now, goes into some detail about the challenges it poses. These include technical hurdles for both the soloist and the conductor, such as getting the balance right between the solo harp and the orchestra (including its five percussionists) and accurately cueing the orchestra’s entrance after the flashy third movement cadenza.

This weekend’s soloist, SLSO Principal Harp Allegra Lilly, apparently agrees. In an interview for Classic 107.3, she describes the concerto as “a workout” that asks the soloist to produce a lot of “high volume, high intensity sound” and demands an extra level of self-care from the performer.  She also talks about being a great admirer of the work ever since she heard a performance by noted harpist Yolanda Kondonassis as a child and sees it as one of her “dream pieces.” Which bodes well for this weekend.

Prokofiev's 1944 Symphony No. 5, which takes up the second half of the program, presents us with another case of plans derailed by fate. Last heard here in September 2014 with David Robertson on the podium, it was originally scheduled for a March 2020 SLSO program that was cancelled by the pandemic. As a wartime work, it is arguably more relevant now—especially since Prokofiev was born in what is now the Ukraine.

Composed at the artists' colony of Ivanovo east of Moscow just as the war with Germany was turning in Russia's favor, the symphony was described by Prokofiev as "a hymn to free and happy Man, to his mighty powers, his pure and noble spirit," and while there is certainly an air of triumph, especially in the majestic opening theme, it has always seemed to me that the war was never far from the composer's mind. You can hear it in (among other places) the militant percussion of the first movement and the anguished climax of the third.

The aura of triumph is also leavened by Prokofiev's characteristic irony. The composer of the "Sarcasms" for piano always seems to have a raised eyebrow or cynical smile behind his most demonstrative music. In the 5th symphony sarcasm takes various forms, including caustic comments from the brass and percussion and the deliberate interruption of the boisterous Allegro giocoso finale by a short, dissonant passage for string quartet and trumpet.

Still, the premiere on January 13th, 1945, was a huge success. Prokofiev himself conducted the USSR State Symphony Orchestra in the Great Hall of the Moscow Conservatory. The performance was preceded by a ceremonial barrage of cannon fire to celebrate Russia's advance into Germany, which no doubt helped set the victorious mood. "There was something very significant in this," recalled the great Russian pianist Sviatoslav Richter, who was present at the performance, "something symbolic. It was as if all of us -- including Prokofiev -- had reached some kind of shared turning point."

And, in fact, they had. Russia's crossing of the Vistula River into Germany was a major turning point in the war on the Eastern Front, which had been a long and bitter business. Of course, it was also a victory for Stalin, but that's another story with a less happy outcome.

Somewhat ironically, given Russia’s current outbreak of bellicosity, the work will be conducted by Ukrainian maestro Kirill Karabits, currently a Chief Conductor of the Bournemouth Symphony Orchestra. He recorded a Prokofiev symphony cycle with that orchestra beginning in 2013, and his recording of the fifth symphony was, according to his bio, “released to critical acclaim in July 2015 shortly before its performance at the BBC Proms.”

The program opens with “Nagillar” (Fairy Tales), a 2002 work by Azerbaijani composer/pianist Franghiz Ali-Zadeh. Although she was born just two years after the premiere of Prokofiev’s symphony, Ali-Zadeh is not well-known in this country. Her career as both composer and pianist has been largely limited to Europe and this weekend will mark the first appearance of her music on an SLSO program.

This is the point where I would normally tell you what “Nagillar” sounds like, but I’ve been unable to unearth a performance anywhere, including YouTube. So I’ll just refer you to Benjamin Pesetsky’s program notes  wherein we learn that the fairy tales in question are those found in the “Thousand and One Nights”—specifically a magic carpet flight and subsequent adventures by a prince and princess.

The details of those adventures, as described by the composer, would challenge the ingenuity of Richard Strauss, that  great creator of vividly descriptive music for large orchestra. And, in fact, Ali-Zadeh calls for a Strauss-sized band of around 80 musicians, including six percussionists, two keyboard players, and a beefy brass section.

Lacking a recording of the work itself for my Spotify playlist, I have elected for the next-best thing: a recording of the “Nasimi-Passion” for baritone, choir, and orchestra from 2016. With five movements and a run time of over 30 minutes, it’s more than twice the length of “Nagillar.” But it should, at least, give you an idea of the composer’s style, which combines traditional Azerbaijani folk elements with those of 20th-century avant garde composers like Arnold Schoenberg, Alan Berg, John Cage, and Oliver Messiaen. All of whom Ali-Zadeh has championed as a pianist.

The Essentials: Kirill Karabits makes his conducting debut with the SLSO in Ginastera’s Harp Concerto (with soloist Allegra Lilly), Prokofiev’s Symphony No. 5, and  “Nagillar” (Fairy Tales) by Franghiz Ali-Zadeh. Performances take place Friday at 10:30 am, and Saturday at 8 pm, April 22 and 23, at Powell Hall in Grand Center. The Saturday night concert will be broadcast live over the air and on the Internet on St. Louis Public Radio and Classic 107.3.