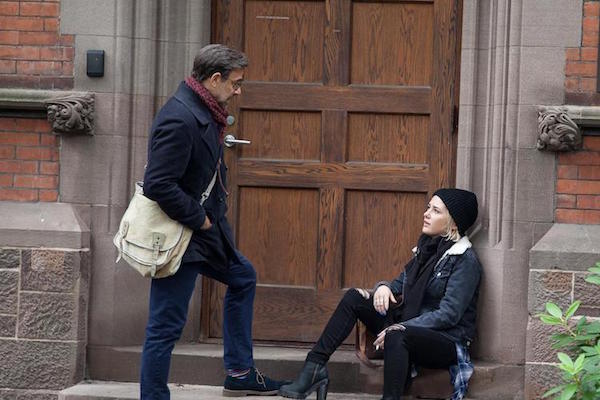 It's certainly the right time to tackle the important topic of sexual harassment and sexual victimization. But we don't need director Richard Levine's "Submission," a dim-witted film that reinforces insulting male and female stereotypes as it follows a veteran college writing professor, naïvely malleable and easily seduced by an attractive, ambitious, duplicitous female student.

Telegraphed from the opening scene to the final moments, only some insightful or complex characterization would warrant this story now. Instead from the staid, fictional Houston College to the dull creative writing class, the environment strains credulity as it plods predictably along. Professor Ted Swenson suffers from writing block--trite--as he becomes increasingly enamored of Angela, a name that shouts irony. She ensnares Swenson as the spider does the fly. Along the way, we learn only cursory information about her; she's what's known as a heavy-handed plot device, not a three-dimensional character.

Adapted by Levine from Francine Prose's 2000 novel "Blue Angel: A Novel," the story feels as tired as its uninspired technical elements. In addition to its regressive politics, the explicit allusions to director Josef von Sternberg's iconic 1930 "The Blue Angel," starring Marlene Dietrich and Emil Jannings, make this retread look even more unimaginative. A hint to filmmakers: don't invite comparisons with accomplished, powerful films. Yours pales with the juxtaposition.

Most important is the topic--charges of sexual harassment against a professor. "Submission" provides solace to those who want to undermine women's claims. Of course, some women lie, but much more often, they are discounted, dismissed, and undermined. This film also ignores the power imbalance in its failure to establish a sound analysis of male and female predators.

Strong performances by Stanley Tucci as Swenson, Addison Timlin as Angela, and Kyra Sedgwick as Ted's wife Sherrie can't save a leaden script. "Submission" does have one memorable scene when Sherrie learns of Ted's infidelity and reacts with emotional shock and profound outrage. Angela's parents offer clownish support and the entire faculty would drive any talented student running for the hills. Interaction often feels awkward, the staging wooden. "Submission" gets an F.