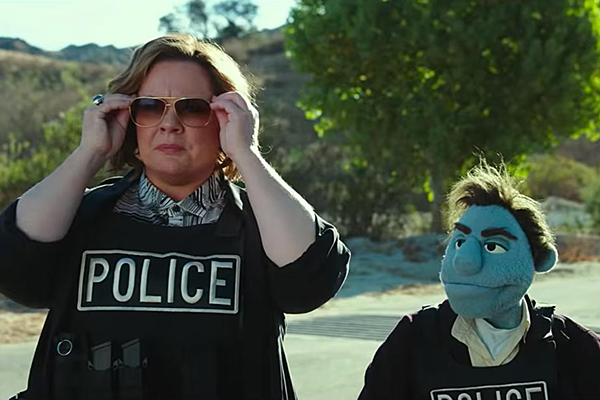 Maybe you have to be in just the right mood to appreciate all that Brian Henson's "Happytime Murders" has to offer. And by "right," I mean most adolescent, most sophomoric, and raunchiest. Maybe you have to have had a rotten, horrible, no good day and need to laugh at the ridiculous.

And by "ridiculous," I mean, puppets being blown away. As in, killed. As in, the fluff blown out of them after de-capitation and de-armament. By "ridiculous," I mean, a world where puppets are barely tolerated by humans. "Ridiculous" as in what the whole Henson family must have slapped knees over when they were creating Muppets but needed a break from the sweet to the sexually unsanitary.

So, if you want a plot for "The Happytime Murders," here it is, predictable and derivative and stupid: The cast of a 1980s children's television show is being offed, one by one. A puppet hires a puppet P.I., voiced by Bill Baretta with a Joisey accent despite the L.A. setting. Name of Phil Phillips – hey I used to work with a Phil Phillips, who graduated from Phillips University. But I digress. He is joined by his old partner on the police force, played by Melissa McCarthy in her signature brogues, armed with F bombs.

The other humans in the cast are Joel McHale and Elizabeth Banks. She's such a good comedienne, matched only by Maya Rudolph as Phil's secretary Bubbles, clad in peplums and plaids and butting in like Carol Burnett's steatopygiatic Mrs. Wiggins.