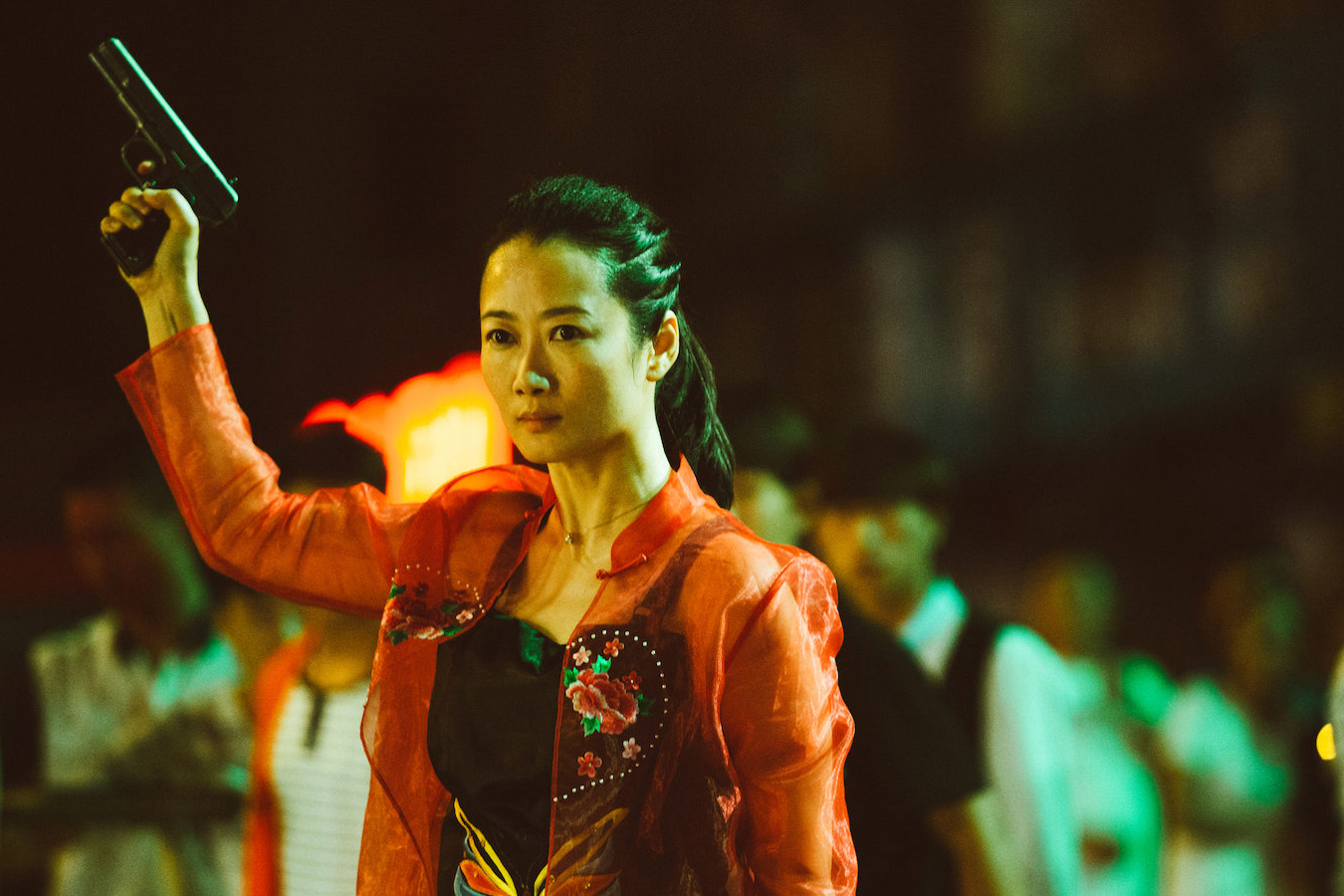 Featured in the previous Jia film 'Still Life,' Tao Zhao as Qiao delivers an equally superb, multifaceted performance, moving from ebullient dominance to mind-numbing depression. As Qiao’s love interest Bin, Fan Liao demonstrates a lesser range both verbally and nonverbally, but he is, after all, merely the catalyst for Qiao’s downward trajectory.

The eclectic music score, including a wildly entertaining disco dance to the Village People’s “YMCA,” highlights the multicultural influence of the US on today’s China. Visually, metaphors abound: a dormant volcano looming in the background in two important scenes, a tiger and a lion in a small cage in another scene, luminous indoor lighting versus gloomy illumination, Bin and Qiao dwarfed and isolated, moving alone across a vast gray concrete backdrop. Set in director Jia’s hometown in northwestern China, Bin’s fate, no spoilers here, is equally suggestive of cultural collapse.

The title itself, 'Ash Is Purest White' speaks volumes about these individuals’ disintegration, though an extensive assortment of aspirational and lost men and women populate the streets, trains, boats, and bars. In fact, the film’s concentrated focus on one couple indicts all of contemporary Chinese society with its subtle but unmistakably sweeping critique.