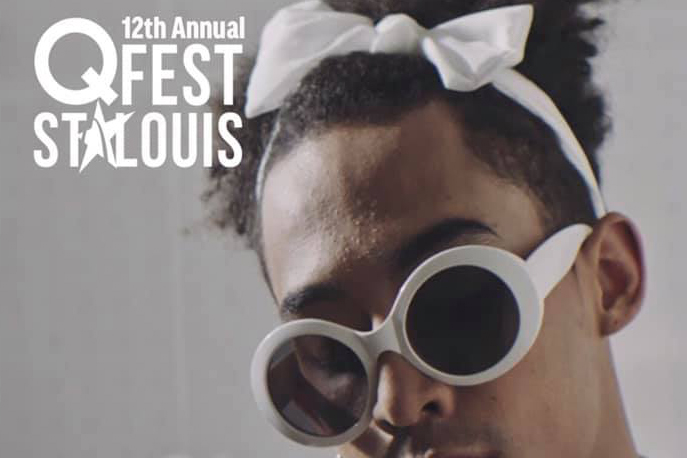 Sunday, April 28 through Thursday, May 2, Cinema St. Louis’ 12th Q-Fest spotlights lives of LGBTQ people, celebrating queer culture through the art of contemporary gay cinema. With feature length narrative and documentary films, plus over a dozen diverse short works, there’s a lot to consider. Here I highlight the diversity of the Sunday and Monday offerings.

The Q-Fest kicks off at 1:00 p.m. with the documentary 'TransGeek,' an informative look at transgender individuals involved in the gamer culture, their contributions prompted by the absence of seeing their identities and values. Second is the documentary 'Dear Fredy,' the astonishing story of Fredy Hirsch, an openly gay Jewish athlete who led a youth sports club in early 1940s Prague, later in Nazi-imposed ghettos and camps, and in, 1943, at 28 years of age, with Mengele’s permission, a daycare in Auschwitz for over 500 children. Through extraordinary archival footage, engrossing contemporary interviews, and helpful animation, director Ruby Gat describes this amazing man’s courageous defense of fellow Jews during WWII.

Next, at 5:30, 'Vita & Virginia' focuses on the relationship between authors Vita Sackville-West and Virginia Woolf, not screened by me but arriving with a stunning pedigree. Sunday’s program closes with the French production 'Sorry Angel,' not screened. It premiered at the Cannes Film Festival.

Monday kicks off at 5:00 p.m. with 'Holly Near: Singing Our Lives,' an hour-long American Masters documentary devoted to this recording artist and feminist activist. Next, keeping the nonfiction action going, 'Gen Silent' profiles six LGBTQ senior men and women more likely, as the film shows, to age alone primarily because of discrimination they have and some still do face. However, enlightened caregivers now intercede in admirable and significant ways.

Monday’s screenings end with the Brazilian film 'Hard Paint,' its title a nod to the neon painted Pedro who performs as 'Neon Boy' to a pulsing beat. This character driven film pushes young Pedro to challenge a rival but, more profoundly, himself. 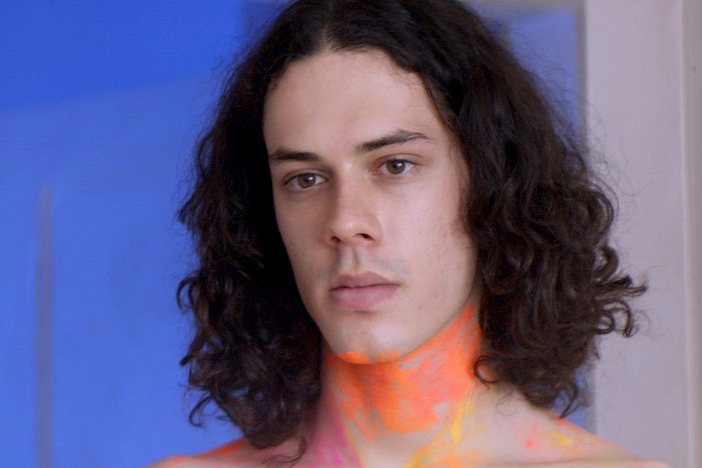 Wednesday and Thursday both kick off with “Queer Shorts” programs, not screened. Wednesday at 7:00, 'Halston' shows, blending archival footage and interviews with scripted, acted scenes. It arrives from the Sundance Film Festival amidst buzz for its examination of Halston’s fashion aesthetic and business expertise. Wednesday concludes with 'Canary,' buoyed by exuberant singing and dancing, plus refreshing humor even though Johan lives in 1985 apartheid South Africa. Required military service leads to his selection for the Defence Force Choir, a.k.a. the Canaries, leading Johan to mature through identity-defining experiences.

Thursday the British 'Tucked' adds a touching perspective. With a great performance, an eighty-year-old drag queen faces a health crisis, his daughter, and mentoring challenges. This year’s Qfest concludes with Japan’s 'Funeral Parade of Roses,' made and set in Japan’s late 1960s gay boy culture. Its unconventional style, black and white images, and atypical, eclectic encounters add a fascinating entry from the Japanese avant-garde.

Many programs begin with short films; all screenings are at Landmark’s Tivoli Cinema; foreign-language films have English subtitles. For more information, you may call 314-289-4150 or on the web at cinemastlouis.org/qfest.