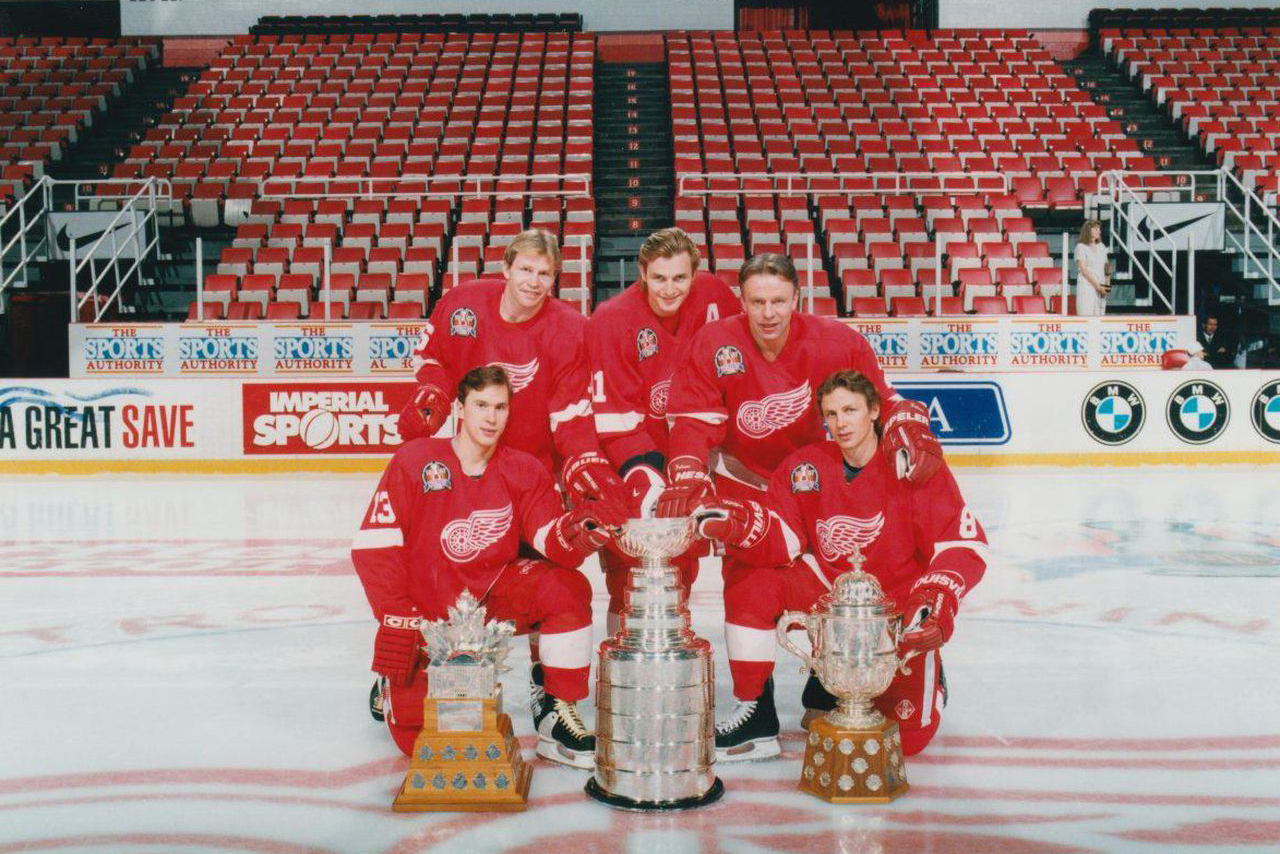 With the Stanley Cup fever we’ve experienced, director Joshua Riehl’s documentary 'The Russian Five' comes at just the right time, reminding us hockey fans of important NHL history: the Detroit Red Wings’ quest for the Cup in the 1990s. Their fight, reminiscent of that by our own St. Louis Blues, involved determination and talent through crushing defeats.

Having won Stanley Cups in 1954 and 55, the Red Wings’ drought for the next four decades stunned the fans, who nicknamed them the Dead Wings. The documentary itself begins in 1990, at the Portland Goodwill Games, and then provides a context for the team’s importance through a profile of 1980s Detroit, a troubled place, as they illustrate through archival footage. The film then takes off, at a pace appropriate to the lightning quick game profiled.

Through interviews with players, coaches, managers, scouts,  journalists, and huge fan Jeff Daniels, this story unfolds with illustrative animation and well-chosen clips from numerous games, including a few with the Blues. But the focus stays, as it should, on Sergei Fedorov, Vladimir Konstantinov, Slava Kozlov, Igor Larionov, and Slava Fetisov, who is also profiled in the equally compelling 2014 documentary 'Red Army./ Scotty Bowman comments as do teammates, a flight attendant on the Red Bird One, head coach Bryan Murrray, trainer John Wharton, Wayne Gretzy, and more, all in a swift hour forty.

It covers more than just life on the ice. Players were drafted and lured to the U.S., but their acceptance and their adjustment were not easily achieved: language, culture, a new way of playing described as passing the puck for the Russians vs. a clutch and grab, dump and chase game here. Captain Steve Yzerman and teammate Darren McCarty address those challenges. General manager and now senior V.P. Jimmy Devellano is delightful describing KGB politics and these athletes’ personalities. And personalities they had and have, though a tragedy late in this story is heartbreaking and inspirational.

For all of us who can never get enough hockey, count me in, 'The Russian Five' is an incredibly enjoyable film. It’s available through on-demand platforms including Amazon, iTunes, and Google Play.