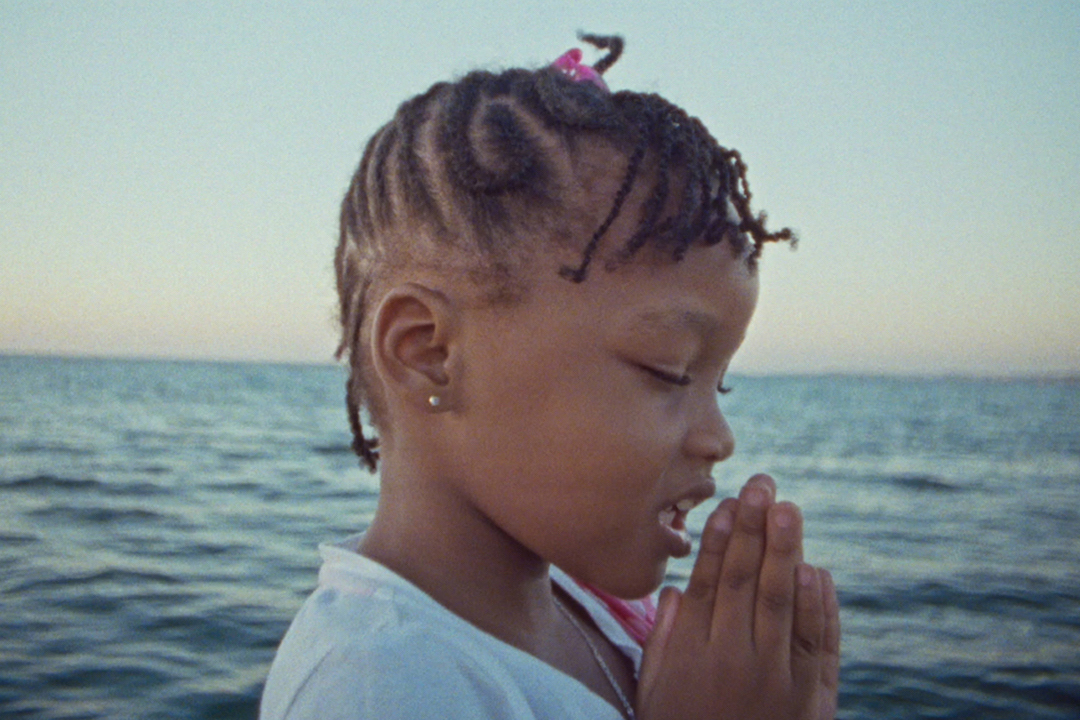 Experimental and impressionistic, director Khalik Allah’s documentary 'Black Mother' ricochets from street walkers negotiating with Johns to lush, beautiful jungles and inviting streams and waterfalls. His own cinematographer and editor, Allah juxtaposes color with black and footage, including some he shot as a teenager in Jamaica where all this film is set, a tribute to his mother and maternal grandfather.

Allah’s imaginative collage of images extends to technical details as well as he combines a variety of formats: 16 mm and super-8 film, Hi-8 tape, and digital video. Framelines appear on the bottom and sometimes the sides of compositions plus end-of-reel flares. Subjects most often wordlessly meet the camera’s gaze.

The content includes historical information. We learn that the Jamaican Maroons, escaped African slaves who lived in mountainous regions, signed a treaty with King George in 1738, a treaty legally limited to 99 years. Religion dominates many sections, no surprise since Allah points out that Jamaica has more churches per mile than anywhere else on Earth. Rastafarians garner attention in a handful of segments; a naked, pregnant woman in other shots, leading to a birth, perhaps symbolic of Jamaica’s life force, but also linking women’s and Jamaica’s oppression and exploitation

Throughout, commentators and images address birth and death, specifically that of Allah’s grandfather. But aside from the progression to birth of one woman’s pregnancy, the logic of the order of shots eludes me, one image flowing into the next with no explicit authorial commentary. All the images, shot silent, are presented with ancillary voiceover. The impression is of a dreamlike blend, some shots repeated, inspected at leisure with an implicit critique of colonial exploitation, contemporary sociopolitical circumstances, and gender inequality. Nature offers a metaphor for the human but no extended relief for young or old, urban or rural. As its 77 minutes wrap up, I’m left pondering the somewhat wistful and somber impression.

'Black Mother' screens at Webster University’s Winifred Moore auditorium Friday, June 7 through Sunday, June 9 at 7:30 each evening. For more information, you may call 314-246-7525 or on the web at: Webster.edu/filmseries.