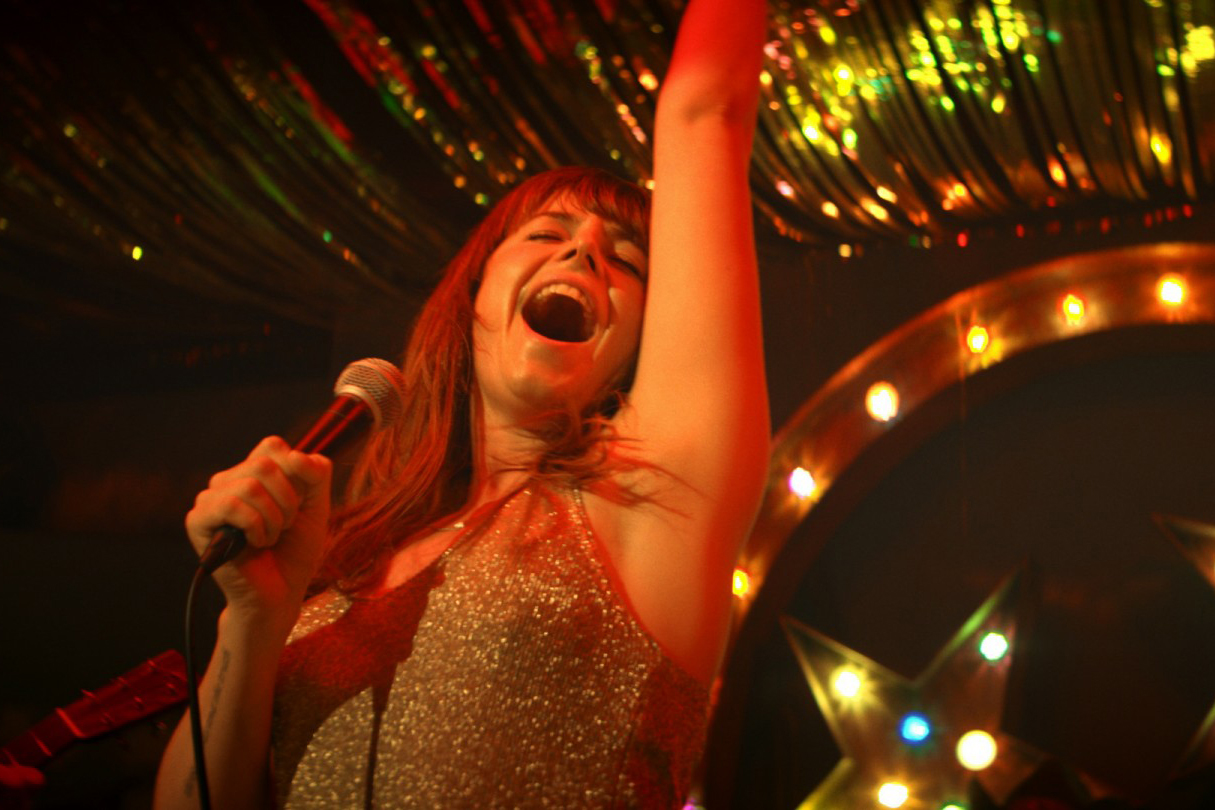 Twenty-three-year-old Rose-Lynn Harlan lives in Glasgow, Scotland, but dreams of success as a country singer in Nashville, not a country-western singer, she quickly states, but country. Fulfilling her dream is a tall order because Rose-Lynn has a few problems. In the opening scene, she’s released from a year in prison, has two young children, and a less than supportive mother.

Rose-Lynn also has a great voice, highlighted at regular narrative intervals. She sings new songs and famous ones by the likes of Emmylou Harris, Wynonna Judd, and Hank Snow. Buckley herself sings her own songs, conquering seventeen of the film’s twenty-one selections, no mean feat. Meantime, she needs a job, must wear a prison-issued ankle bracelet, and bristles under the restrictions. Rose-Lynn gets a cleaning/housekeeping job, becomes friends with her employer Susannah, and performs a fabulous fantasy performance with her vacuum cleaner. And just when I thought the film clearly headed to cliché territory, it shows how smart director Tom Harper and screenplay writer Nicole Taylor are. Having reeled us in, they now pull the rug out and made me love it, showing their heart and intelligence.

As much as any film relying on musical ability, 'Wild Rose' depends on the appeal and talent of Jessie Buckley, and she has both in abundance. Her slightly askew smile, her phenomenal energy, and her vocal gift propel every scene. In addition, as Rose-Lynn’s mother Marion, Julie Walters proves she still has the solid appeal that earned her an Oscar nomination for Best Actress for her performance in the 1983  'Educating Rita' and numerous awards over the last three decades. But it is Jessie Buckley’s film as she commands the camera in her own way as much as Lady Gaga in 'A Star Is Born,' and I intend that as superior an endorsement as it sounds.

'Wild Rose' is, in some ways, better because it indulges and then rises above the conventional arc of these aspiring artist stories. Note that director Harper has demonstrated his affection for the daring and atypical with, for example, his work on one of my favorite British television series, “Peaky Blinders.” 'Wild Rose' delivers energy, thoughtful evaluation of dreams, and assertion of real values. Check listings.