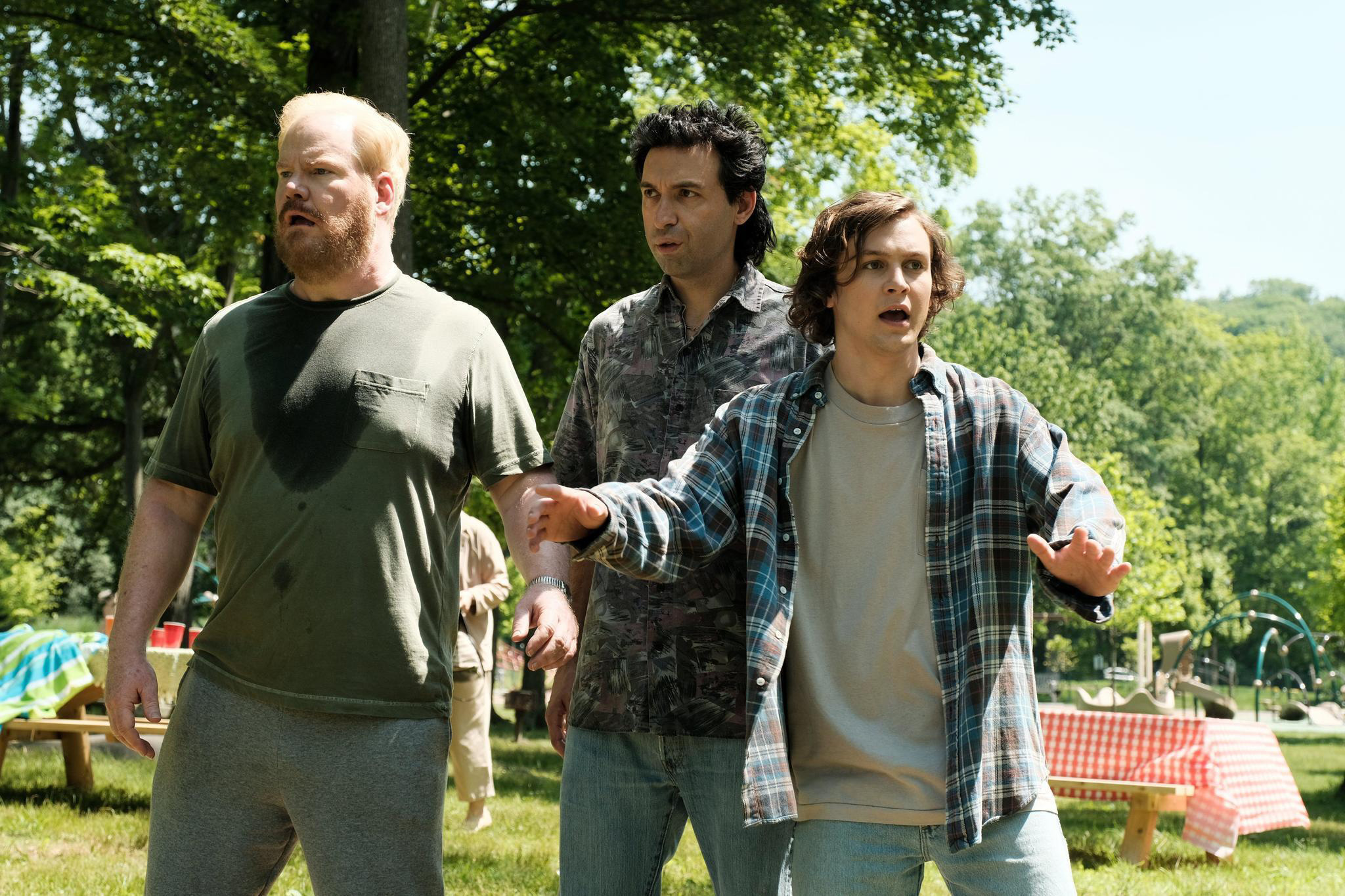 'Being Frank' Tests Being Patient, Frankly

There's an old Vaudeville joke about two men named Frank and Earnest. The one exhorts the other: "You be frank. I'll be earnest." Get it? It's a joke. It's far funnier than any single moment in 'Being Frank,' where the very title is ironic because the main character, Frank, is less than.

See, Frank is married to two women at the same time and has a son and a daughter in each marriage. I had a cousin who had two families, one in Montana where he went "for his health" each summer; one in Missouri. So I know how complicated bigamy can be. But 'Being Frank' defines bigamy as boring and bumptious as betrayals go.

Neither family knows about the other. Until one does. And the one is the son, Phillip, the one Frank had to marry the mother because she was preggers, the same reason he had to marry the other. The movie is set in 1992, which means the pregnancies occurred 18 years earlier – after the swinging Sixties had waned.

Frank stayed married to both women for fear of losing his children. He told each wife that he had ketchup business in Japan to account for his absences. He's a lousy father to both sons and both daughters as well as a pathetic husband to his wives.

Jim Gaffigan, that lovable buffoon, plays Frank, but does not have the depth to reach the shallowness of the character as written by Glen Lakin. The same goes for Anna Gunn of 'Breaking Bad' and Samantha Mathis as the other woman. Logan Miller, best known for 'Love, Simon,' sometimes hits a believable stride as son Phillip, but he slips more often on the banana peel of the part. It's not funny.

Miranda Bailey's direction is flaccid when it isn't downright mediocre. It's hard to say who's more at fault: writer, director, actors, pool boy. 'Being Frank' misses every time it fires. After watching this film, it's hard to believe the old assurance that no one sets out to make a bad film.