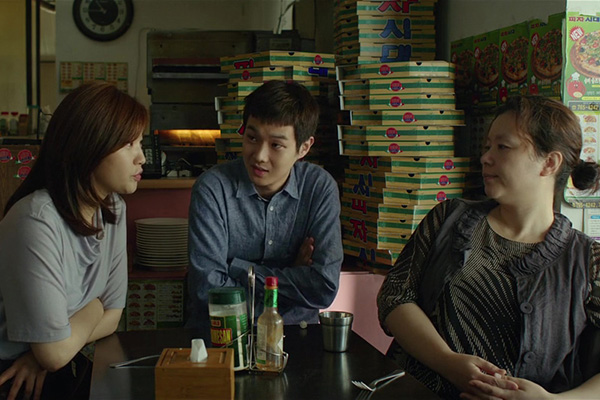 South Korean director Joon-ho Bong's "Parasite" lives up to its name, meaning that it feeds off several film genres while remaining impressively unique. As with his earlier works ("The Host," "Mother," "Snowpiercer," and "Okja"), Bong embeds a biting social critique in a dynamic narrative with unexpected risks and satisfying surprises. In "Parasite," social inequality and class collision take center stage.

The setup is smooth and amusing as the impoverished Kim family infiltrates the upper-class, snobby Park home by vicious subterfuge with serious consequences for previously employed staff. However, as events unfold, fortunes change. No spoilers here, but distressing violence will visit both families. Or, as director/screenplay writer Bong said at this year's Telluride Film Festival, "Sometimes because of our situations, we just can't grab a better life; the self would be destroyed by compromised actions."

Bong also talked about the importance of the lavish Park house, a set designed for the garden to flow into the home's first floor and to accommodate his blocking of characters who may or may not see others. In this way, secrets can be hidden. In stark contrast, the set for the poor Kims is a cramped, dirty basement where Ki-taek steals an internet signal by scrunching himself above the toilet. The satire is as merciless as it is illuminating, the living quarters figuring prominently in and commenting on the interaction.

In Bong's films, every detail contributes to the cumulative effect: the rhythm of language and each character's different delivery; art direction, especially color and hard vs. soft edges; and sound. Bong says his favorite production activity is the sound mixing that interprets every nuance. And he considers himself a genre filmmaker, especially crime thrillers and detective stories. He hastens to add that he never hesitates to break and escape conventions so that, through the cracks, he reveals contemporary society, rather, he says, "like sewage water." That's a perfect description of "Parasite," winner of the prestigious Palme d'Or at the Cannes Film Festival and the first foreign film to win the Academy Award Best Film honor. In Korean with English subtitles, streaming on Hulu beginning April 8 and available on other video services. Check listings.