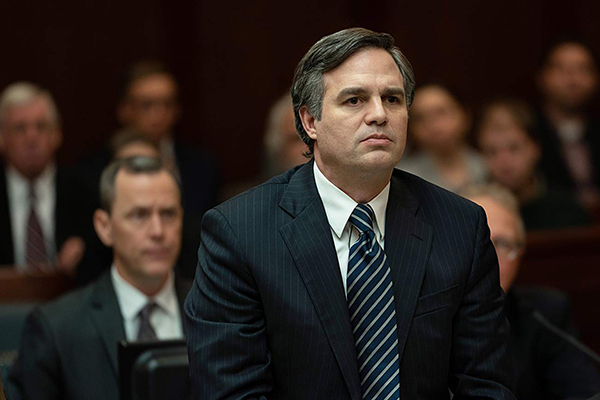 In the vein of “Erin Brockovich” and “Spotlight,” “Dark Waters” charts the marathon, eighteen-year legal investigation and fight to hold DuPont responsible for lethal contamination of water in and around Parkersburg, West Virginia. This gripping, true story uncovers DuPont’s appalling dumping of over seven thousand tons of the toxic, nonbiodegradable chemical known as C8 or PFOA.

At the center of this narrative, and present in a cameo revealed in the closing credits, is Rob Bilott, new partner in 1998 in the Cincinnati, Ohio, corporate law firm of Taft Stettinius & Hollister. Specializing in navigating EPA regulations, Bilott is initially reluctant to even consider helping West Virginia cattle farmer Wilbur Tennant, a friend of Rob’s grandmother, whose herds and livelihood have been destroyed by the poisoned water.

Based on the 2016 New Yorker article by Nathaniel Rich, the screenplay expertly balances the political and the personal, while also clearly presenting critical scientific details. More challenging for Rob are numerous hurdles: finding evidence of intentional contamination among the thousands of documents DuPont sends during the legal discovery phase, EPA oversight of unregulated chemicals used before 1976 and vouched for by the corporations themselves, proof of several cancers resulting from exposure, and even resentment from local citizens who live in a community dominated by DuPont, their Parkersburg plant thirty-five times the size of the Pentagon, according to a November 11 New Yorker profile of director Todd Haynes.

As Rob Bilott, the amazing Mark Ruffalo embodies the frustration, determination, and exhaustion of this monumental marathon battle. He’s a family man, and, to the film’s credit, we see the toll such commitment takes on his wife and sons. As wife Sarah, Anne Hathaway has a strong presence in a supporting role, as do Tim Robbins as Rob’s boss Tom Terp and Bill Pullman, Mare Winningham, and Bill Camp.

Never strident, the intricate and uneven power struggle between the corporation and its victims is duly noted. Legendary cinematographer Edward Lachman employs shadows, overcast skies, and claustrophobic spaces to heighten the effect. This is a compelling, frightening, and important film. And after “Dark Waters,” Teflon will forever lose its luster, and should. At Landmark’s Plaza Frontenac Cinema.