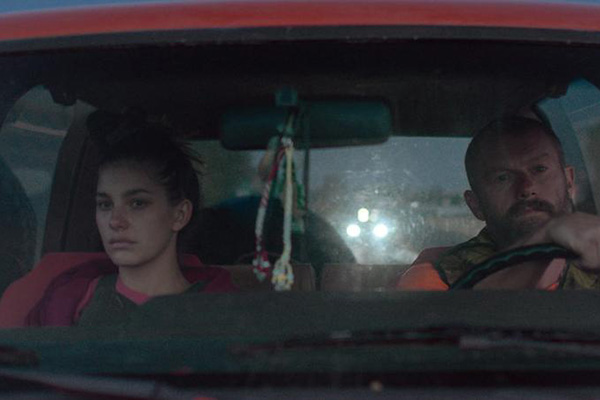 The teenage years of high school pose ample challenges for just about anyone anywhere. For 18-year-old high school senior Mickey Peck, in small town Anaconda, Montana, life is immeasurably complicated by her widowed father Hank, a possessive Iraq Marine vet with PTSD. Caught in emotional warfare, she struggles to fight her way out of a dead-end situation.

Emotionally torn between her demanding boyfriend Aron and the more sensitive U.K. transplant Wyatt, an aspiring musician, Mickey attempts to negotiate what seems, for all the world, an unrealizable independent future. Meantime she scrambles to get Hank needed oxycontin, involving her in several serious situations with a conscientious social worker. As resilient as she is desperate, as determined as she is bewildered, Mickey has all the promise of a smart young woman and none of the support needed to realize it.

In an understated metaphor, Mickey works as an assistant taxidermist, with several scenes that feature predatory animals not unlike those who populate her world. Praise in that regard goes to James Badge Dale as Hank. Dale doesn’t hold back from making himself a physically and emotionally distasteful character. As Mickey, Camila Morrone gives a perfect performance, making the complex Mickey completely believable even as she segues through a wide range of reactions to upsetting developments. One scene late in the film (no spoilers) is particularly fraught with disturbing behavior, and Morrone handles it with convincing poise. It should be noted that she’s a credit to her stepfather Al Pacino.

“Mickey and the Bear” screens at Webster University’s Winifred Moore auditorium Friday, January 24 through Sunday, January 26  at 7:00 each night. For more information, you may call 314-246-7525 or on the web at: Webster.edu/filmseries.