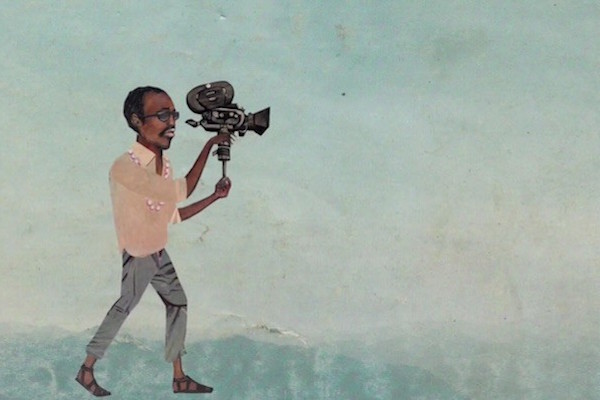 Friday, in South African director Sara Blecher's feature Ayanda, the resourceful, charming, 21-year-old title character sets out to save her father's garage as a photographer documents her efforts. Clever and inventive, the film interweaves snapshots of Africa, even some animation, in its eloquent story of loss and recovery.

Saturday afternoon, suitable for children nine and older, the 25-minute The Legacy of Rubies tells the tale of a kidnapped baby, now a young man tested before inheriting his throne. It won the 2015 Africa Movie Academy Award for Best Animation. Next, also animation, is Adama, the tale of a 12-year-old boy braving the horrors of 1914 WWI to search for his brother.

Saturday evening, the 28-minute documentary Afripedia Angola offers a snapshot of Kuduro music in Luanda. Producers and directors comment while artists perform in amazingly energetic dances. Then the terrific, gripping The Eye of the Storm screens. Through a tense court case revolving around a child soldier, a conscientious lawyer uncovers a web of guilt, exploitation, and greed.

All films have English subtitles when needed. Feature films will follow shorts Friday, April 1 through Sunday, April 3 at 7:00 p.m. with a Saturday, April 2, Youth Matinee at 3:00 p.m., all at Washington University's Brown Hall, Room 100. You may visit africanfilm.wustl.edu for more information.