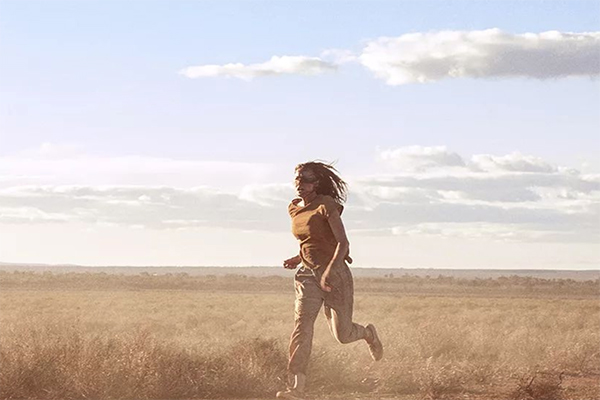 "Stateless" starts slowly -- odd, given that it starts with a run, caught by a camera high over a red Australian desert. But anytime a series follows a quartet of main characters and their cohorts, it takes a while to introduce each, to present their back stories, and to engage an audience in caring.

But engage "Stateless" does, and that's but one of its triumphs. Sofie (Yvonne Strahovski) is running -- from her family, from a cult, from wrongful imprisonment. From that opening run, the mood downshifts, accompanied by Harold Arlen's "Accentuate the Positive," to a family. "Daddy's home!" shout two little boys as they embrace Cam (Jai Courtney). He's middle-class, barely making ends meet when he is talked into taking a job as a guard at Barton Immigration Facility. Among the incarcerated at Barton is Amer (Fayssal Bazzi), an Afghani refugee seeking asylum for his family and stripped of all money by people traffickers. The new manager at Barton is Clare (Asher Keddie), having been sent by her heartless supervisor to quell a scandal. Clare is sure she can handle the situation -- sure until she cannot, until she understands why "Help" was carved in her desk by her predecessor. "This place can mess with you," says a colleague.

Clare's old friend, a journalist, made a difference in the end. The six-part series, created by writers Tony Ayres, Cate Blanchett, and Elise McCredie, is heavily peopled with bureaucrats, sycophants, miscreants, and the betrayed. Blanchett and Dominic West play terrifying cult leaders. Good people in addition to the journalist include Sofie's sister, who never stops searching for her, and Cam's sister, who adamantly, actively opposes this immigration prison.

Emma Freeman and Jocelyn Moorhouse directed brilliantly, especially exploiting deepening flashbacks. They move the plot forward as they juxtaposed mosquitos with helicopters, Pashto with English, and Europe's classical music played over Tamil refugees. They universalized a true story from Australia's recent history: there's no way to watch "Stateless" without thinking of the cages on America's border with Mexico or the countless Syrian refugees. "Stateless" builds and builds as it tells a very painful, very needed, truly inspired story of the boundaries of land and law.