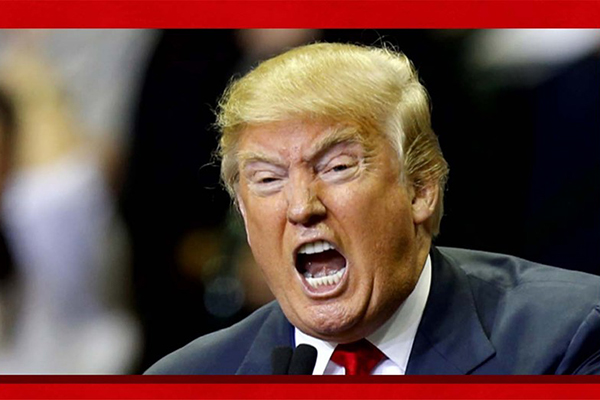 'Unfit: The Psychology of Donald Trump' Diagnoses The President

Before Donald J. Trump was elected to the presidency in 2016, a dozen psychologists, known as the Duty to Warn Coalition, diagnosed him as a malignant narcissist. The Tarasoff rule states that mental health professionals have a duty to warn the citizenry threatened by a patient, so the doctors released their findings.

Donald J. Trump is a danger to the country.

The group of professionals first published a book, entitled Duty to Warn. The authors clearly stated that Trump was unfit to hold office due to his narcissism, paranoia, and juvenile behavior. That same group has now made a movie, "Unfit," a pre-re-election release, reiterating its consensus that Donald J. Trump is a danger to society.

The documentary, running fewer than 90 minutes, does not pussy-foot around this thesis. Director Dan Partland, unlike documentarian Michael Moore, does not appear on camera. He asks each interviewee, "Is this man fit to run the country." In a word, says one, "No." Partland was guided by Dr. John Gartner, who notes that Trump is the most documented liar in American history. Each psychiatrist or psychologist cites the symptoms for narcissism, from grandiosity to irresponsibility to lack of remorse. Partland backs each criterion with news clips of Trump evincing same.

Partland interviewed George Conway, late of the Lincoln Project, who says, "Donald Trump is a practical joke that got out of hand." Partland talks with Anthony Scaramucci, briefly White House communications director, and with sports writer, Rick Reilly. Reilly's down-to-earth take is simply that, on the golf course, Trump "cheats all the time" and continues to do so as president. One of the most magnetic critics, Malcolm Nance, an intelligence officer, states, "Donald Trump does not believe in democracy."

The witnesses present an inarguable case that the President, with his hands on the nuclear codes, is a danger to this country. Lovers of Trump may want to watch this to see why loathers fear the man's mental health; fearful citizens comprise the choir to whom the Duty to Warn Coalition has been preaching for four years.

"Unfit" streams on all digital and cable platforms.