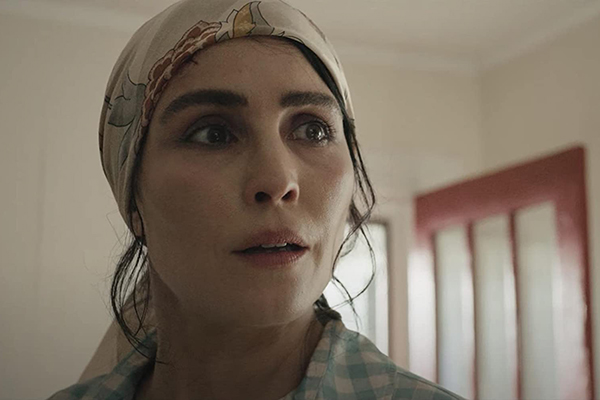 'The Secrets We Keep' More Than Merely A Thriller

Back in 2005, David Buss wrote The Murderer Next Door: Why the Mind Is Designed To Kill. He saw homocide as a survival strategy, hard-wired into our minds. His theory undergirds the plot of "The Secrets We Keep," marketed as a mere thriller. It is  more.

One of the first clues that the film exceeds the definition of escapist, creepy thriller is the cast. Noomi Rapace, Joel Kinnaman, and Chris Messina took Yuval Adler's script and sounded its depths with commitment. Rapace and Messina play Maja and Lewis, married parents of a boy. Kinnaman's character is nameless but not blameless.

The time is soon after World War II, mid-century. Everyone smokes; men wear dungarees rolled into cuffs. The place is a small town (filled with darling little houses), where Lewis practices as a doctor. When he'd worked as a physician in Greece just after 1945, he met Maja. She makes very clear that she is Roma, not Greek.

That heritage is a second clue, given that A. Hitler and his ilk were as committed to exterminating the Roma ("gypsies") along with Jews and homosexuals. In her new town, in her new role, Maja meets a refinery work whom she recognizes as her Nazi torturer. She kidnaps the man, who insists he's Swiss, and stuffs him in her car trunk. She is going to kill him, but, first, she wants to know the rest of the story he witnessed after abusing her in the German camp where she was imprisoned for two years. She had never told her husband her secret. The trio of actors tips the film from mere sensation. Kinnaman ("The Killing") has to act his way through a gag -- not easy, and Rapace, like Kinnaman born in Sweden, adds dimension to traumatized Maja. Adroitly, Messina ("Argo") never fades into the background.

Adler directs the trio tightly, keeping tension and suspension in balance while pointing his cameras over partitions and weaving flashbacks throughout. Joe Paesano's music adds a Hitchcockian element. The end reveals another clue as to why "The Secrets We Keep" is more than a thrill.