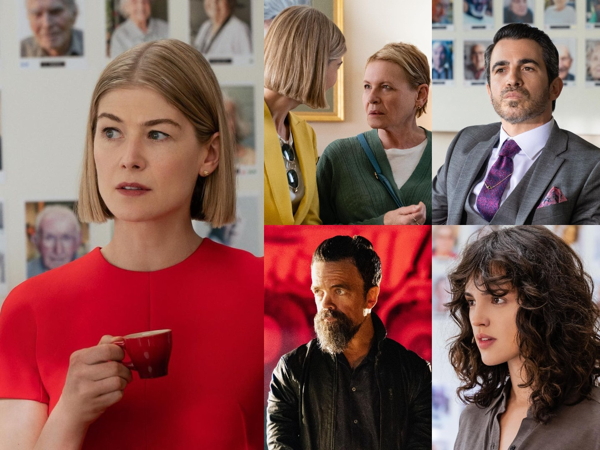 ‘I Care a Lot’ riotously explores cons of elderly’s money

It isn’t often that a fictional film boldly explores the ugly side of those who con the elderly. Already, then, “I Care a Lot” wades into unusual territory. But that barely suggests the unexpected, wildly daring narrative that writer/director J Blakeson presents without sentimental indulgence. In fact, unmitigated depravity comes without a hint of empathy.

The scam is crystal clear as Marla Grayson ruthlessly pursues her targets. As she declares, “There’s two types of people in this world: predators and prey.” Defining herself, she yells, “I’m a lioness.” And in every scene, Marla reinforces her truth, while ironically, unabashedly asserting, “Caring is what I do.” And she certainly does, for all the older men’s and women’s money she appropriates, like a shark always moving toward the next victim.

She vapes and wears elegant clothes like armor, augmented by her stiletto heels. Marla and her love and partner Fran rob with impunity, in fact with the law as an unassailable defense, for after a corrupt doctor provides the next individual, Marla becomes the court-appointed legal guardian. Completing the package, a nursing home administrator waits greedily for his next resident. Moreover, Marla justifies her actions, blaming capitalism for keeping rich people rich and “the rest of us poor.”

But then, with fearless bravado, she slithers into Jennifer Peterson’s life, a senior citizen with her mental faculties intact and the devotion of Roman Lunyov, a criminal as depraved as Marla. Game on! So many unexpected twists and turns ensue that I’ll reveal no more except that Marla and Roman deserve each other in this surprisingly bleak comedy that segues into a thriller. Blakeson does remind us of the tragic exposés on senior-citizens exploited callously and cruelly in so many ways. In fact, he says coverage of such abuse became the catalyst for this film.

As Marla, Rosamund Pike, winner of this year’s Golden Globe for Best Actress in a Musical or Comedy, never falters from what Blakeson calls her cinematic character (New York Times 3-14-21). Bold, icy, composed, she radiates unemotional resolve, uninhibited by feminine timidity or tears. As Roman, Peter Dinklage matches Marla’s intimidating confidence, certain he will unquestionably win this contest of wills. What a match! As Jennifer, the sly Dianne Wiest shines, giving every swindler pause. Doug Emmett’s colorful cinematography complements the vividly drawn interaction. I offer my grudging admiration for refusing to soften the edges. “I Care a Lot” streams on Netflix.