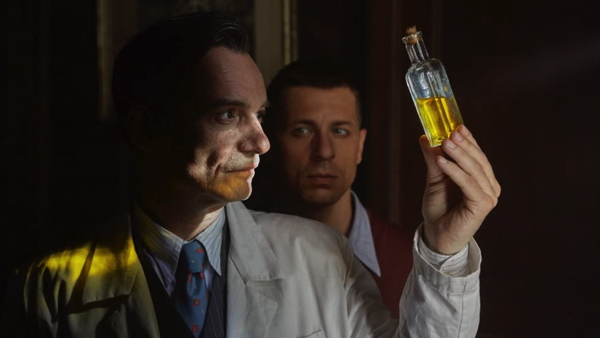 Q-Fest celebrates international queer culture through the art of films

Cinema St. Louis’ Fourteenth Annual QFest, streaming from April 16 to 25 as a virtual event due to Covid, includes twenty-four films from that represent eight countries: France, Greece, Israel, South Korea, Japan, India, and the Czech Republic, in addition to the U.S. Viewers may choose from six narrative and four documentary features, plus short films.

The festival’s mission statement, spectacularly realized, aims to use “the art of contemporary gay cinema to spotlight the lives of LGBTQ people and to celebrate queer culture.” Here I have time to provide a mere sampling of the choices. I begin with award-winning Czech director Agnieszka Holland’s “Charlatan,” based on a true story. Rumored to be the conman signaled in the title, in fact this doctor/herbalist treats all who come to him, a humane response in WWII and after that will lead him, a closeted homosexual, into trouble. With flashbacks from 1958, this beautifully shot story comes to life through superb acting.

All the films have English subtitles as needed. There’s so much in the QFest. For more information, including informative descriptions and trailers for every film, you may visit the website at cinemastlouis.org/qfest.