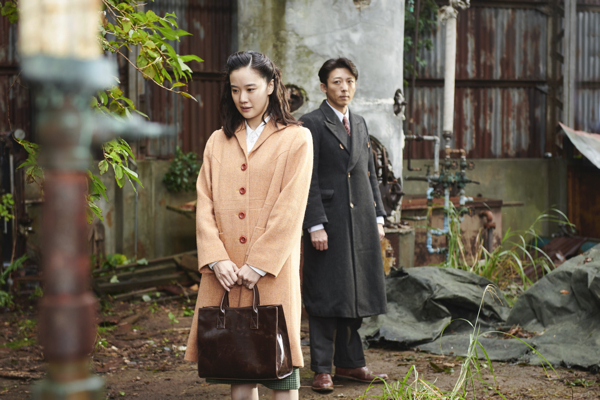 For virtually every country, war crimes may be overlooked, ignored, or even denied. Hats off, then, to courageous films, nonfiction or scripted, that acknowledge egregious historical transgressions, and, even more rare, to find a way to incorporate admission in a dramatically compelling work. This is exactly what Japanese director Kiyoshi Kurosawa achieves in “Wife of a Spy.”

The film thus launches a cloak-and-dagger tale of suspicion, betrayal, bravery, and suspense. Co-writer/director Kurosawa states that the war provides the backdrop for the actual subject: “acts of ruthless violence Japan has committed on foreign soil.” He refers to the real-life, historical massacres, forced labor, starvation, and medical experimentation that killed, in total, millions, and never fully owned up to by Japan. In press notes, Kurosawa added, “I wanted to tell the story of those who kept their sanity amid all the chaos, exemplified by the couple in the film.”

Technically, every element contributes to a truly powerful, intense, and building impact, from the art direction to the cinematography, both perfectly interpreting the historical period. The editing complements the superb performances, letting interaction unfold with subdued anxiety by the expressed verbally and nonverbally by the characters. Winner of the Silver Lion for Best Director at the Venice Film Festival, in Japanese with English subtitles, “Wife of a Spy” screens at Landmark’s Plaza Frontenac Cinema.