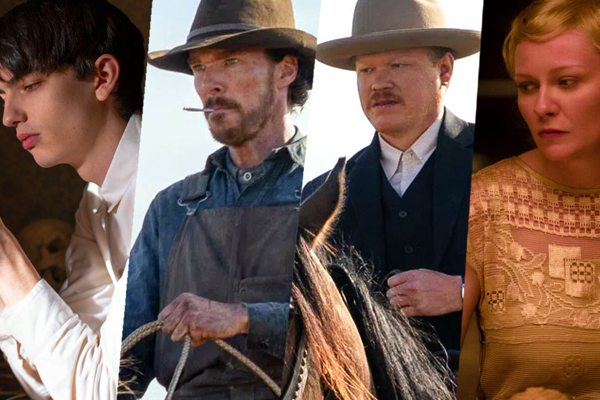 ‘The Power of the Dog’ isolates and pressures individuals

New Zealand director Jane Campion has a knack for isolating individuals in a remote, harsh location, applying pressure, and watching civilization unravel. That’s exactly what she does in “The Power of the Dog,” set on a vast Montana cattle ranch in 1925 where two brothers, the wife, and her son will become immersed in an unnerving psychological battle.

At this year’s Telluride Film Festival Q&A, Campion spoke of using numerous, subtle details to reveal the important inner lives that drive events. Cumberbatch credited Campion with the suspenseful, slow burn that builds to reveal emotional complexity. As heartlessly cruel as he is intriguing, Phil is often visually isolated in sweeping, gorgeous landscapes or, alternately, in claustrophobic, shadowy interiors. At Telluride, Kirsten Dunst described Rose as suffocated by her loneliness. Staying in character, she and Cumberbatch didn’t talk on the set, and their estrangement comes through with a devastating force.

The title “The Power of the Dog” comes from the Psalm 22:20, a plea to be saved, “Deliver my soul from the sword, my precious life from the power of the dog,” that is, from cruel attacks on the vulnerable. That person is Rose, delicate, gentle, and defenseless, who finds no peace. Dunst’s fragility contrasts with Cumberbatch’s swaggering, dirty defiance. Plemons, Dunst’s husband also in real life, and Smit-McPhee as Peter add texture to the drama, presented expertly with Campion’s unflinching, fearless gaze. “The Power of the Dog” is one of this year’s most haunting, well-executed films. In cinemas November 24 and streaming on Netflix beginning December 1.