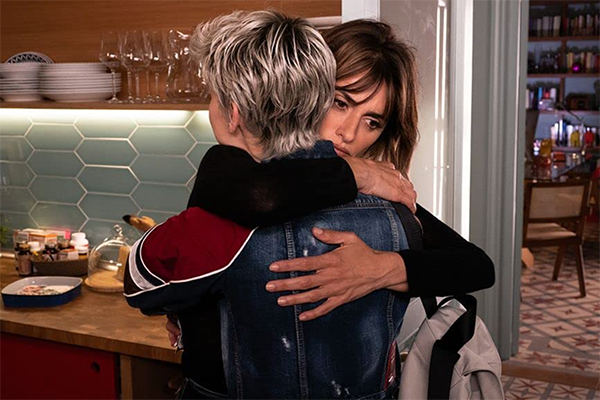 'Parallel Mothers' shows mothers in the macro- and microcosms

In film after film, Spanish director Pedro Almodóvar has built a reputation as a man who understands women. With "Parallel Mothers," he also proves that women belong not just in the home but also in the world. He layers stories to underscore an understanding of the force that is woman.

At first, though, "Parallel Mothers" seems to be the story of two women, one older and one younger, both pregnant by accident. Janis (named for Joplin) is a photographer; she had a fling with Arturo, a married forensic archeologist, for which she is unapologetic. Ana is a teenager scared by too-soon motherhood and cowed by her own mother, an actor who does not apologize for putting her career first. The two pregnant women bond in a Madrid delivery room and, further, when both their babies are whisked off for observation.

Each attempts to grapple with motherhood, but Janis also addresses fatherhood as she tries to prove that the skeptical scientist fathered her baby. She needs this man, however, because Arturo has agreed to search for the mass graves of her grandparents, buried during Spain's dark history of fascism.

To reveal too much of the plot destroys the mysteries that Almodovar plaits brilliantly. He carries the unknowns through to the heart-stabbing last scene, a silent connector of generations of mothers. He directs his cast with sureness. Penélope Cruz, long an Almodóvar favorite, easily handles Janis' complexities. Milena Smit gives Ana the innocence necessary. Rossy de Palma, also part of Almodóvar's stable, works well as Janis' friend and Israel Elejalde as Arturo exudes romance as he researches.

To play on the layers, Almodóvar exploits Alberto Iglesias' suspenseful music throughout and adds Janis Joplin singing "Summertime." His cameras catch hands on computer mouses, seeking answers; his writing inserts one daughter's nickname as her mother's Little Mouse. "Parallel Mothers" moves back and forth in time, in history feminist and fascist with Teresa Font's edits sharp and telling.

"Parallel Mothers" explores maternity and paternity, life and death. It is not a simple thing, this film, nor are its subjects, but it is a beautiful thing and astounding.