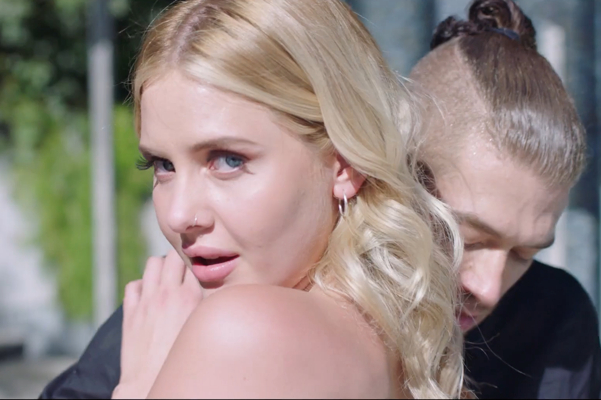 In interviews, director Thyberg says she wanted the presentation to be authentic, to begin discussion acknowledging that “porn is a huge part of our culture and it’s not going to disappear because we keep it in the shadows and pretend it doesn’t exist.” She adds we should bring this industry into the daylight and see that these workers are human beings. But be aware that “Pleasure” presents a no-holds barred dramatization of the pornographic sex included herein. There are also scenes with the actresses that allow them to laugh, bond, express their reactions, and fight with each other, demonstrating that they are, indeed, individuals. However, given the crude sexual scenes, the film “Pleasure” offers anything but that for actors in the trade, especially for Bella Cherry, in a fine performance by Sofia Kappel, as she struggles to excel at her chosen profession.

In the later film, “Lux Æterna,” two actresses sit in split screen conversing about less than pleasant production experiences. Soon these two, Charlotte Gainsbourg and Béatrice Dalle, move to the set of “God’s Craft” for a witch burning scene. Director Max and producer Judas clash with the crew as chaos ensues. Be warned that the last ten minutes of this 52-minute film relies entirely on strobe effects, quite unpleasantly so.