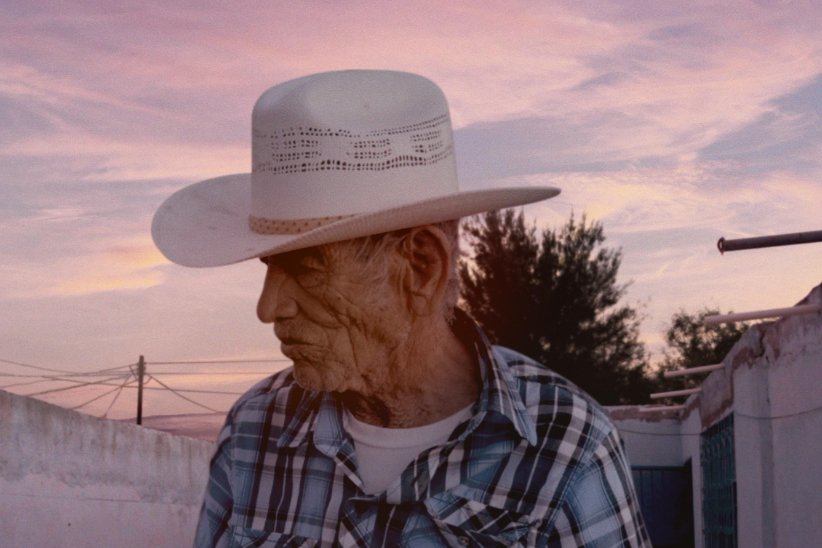 'What We Leave Behind' traces a poignant path

Filmmaker Iliana Sosa created a poignant portrait of one old man in "What We Leave Behind." The old man is Sosa's grandfather. Julián Moreno was born in 1930 and died in 2019. For much of his adult life, Moreno hitchhiked and/or rode buses every month between his home in Mexico to El Paso, Texas, to see his children.

He brought chile and Mexican candy to them, and he came "smelling of earth," Sosa says. When a bus company rep tells him that he is too old to ride alone, he returns to his home in "the land of sand" in rural Mexico. At 89, Moreno begins to build a house on the empty lot next door. But will that house be the same as those visits to the United States to keep his children close?

"Why another house, Pa?" Sosa asks. She uses construction of a house to define construction of a biography. At the beginning, in voice-over, Sosa admits that she did not know how to talk to him. She could barely understand his dialect. But she grows to love sitting with him in silence. Over a couple of years, she films his progress on the house and on his life's work.

She teases from him his memories, both practical and romantic. He admits that he never expected to live this long. She films brick by brick. She films him frying an egg as the cock crows. She shows Moreno at the cemetery to celebrate the life of his wife, Lidia, who died at 39, leaving him with seven children.

"What We Leave Behind" runs barely 70 minutes, but in that time, Sosa reflects on the image of the bracero, the agricultural worker exploited by the United States after World War II. They were used when they were needed, then sent away -- repatriated -- when feared. In filming the life and death of Julián Moreno, his granddaughter comes to understand so much more about her family, about politics, about the land, and the past.

Julián Moreno said on many a morning as he fried his egg: "Let's see how the world woke up today." Sosa, a former Bill Gates Millennium Scholar, presents her grandfather's life for inspection from morning to night, birth to death. She does so with great compassion.