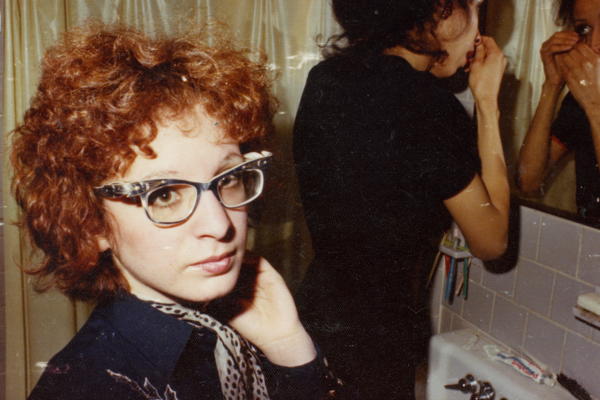 ‘All the Beauty and the Bloodshed’ profiles activist, artist Nan Goldin

The title of director Laura Poitras’ documentary “All the Beauty and the Bloodshed” announces the dual aspects of her profile of artist, activist Nan Goldin’s life. But, in truth, Goldin exhibits a through line to her personal and political work. In her own observation, she’s an outlier in her art and her protests.

In the 80s and before, she turned her camera on what at the time were fringe individuals plus her own sex life. Through examples of Goldin’s photographs and honest descriptions of her loves, failures, and struggles, including her own addiction and her sister’s suicide, this roughly chronological compendium captures her commitment to independent thought and social involvement. She pushed for attention to AIDS, curating the first art show in 1989 devoted to that topic. Furthermore, Goldin exposed the truth behind the Sackler name on many museum wings, rooms, and galleries, due to the money they’ve given from their deceptive OxyContin campaigns. For their activism, Goldin and those involved were snubbed and stalked, but undeterred channeled their frustration and anger into constructive action. To their credit, they’ve made a difference.

On a personal note, I was working for the Smithsonian Office of Telecommunications in 1987 when we installed the Arthur M. Sackler Gallery, on the Washington, D.C. Mall, identified after 2019 as the National Museum of Asian Arts. At that time, the Smithsonian stated legally the gallery retains its original name, that this change does not relate to the protests. In the late 80s, we had no idea of the devious OxyContin promotion and deaths. In retrospect, the misrepresentation and promotion of that opioid and the museum contributions that engendered p.r. for the Sackler family were so insidious and intentional. Director Laura Poitras expertly interweaves that Sackler story into Nan Goldin’s commendable life as artist and activist.

Already the winner of numerous awards, on many top 10 lists, and on the shortlist for this year’s Academy Award for Best Documentary Feature, “All the Beauty and the Bloodshed” screens at Webster University’s Winifred Moore auditorium several dates: January 27, 28, and 31 plus Friday, February 3 through Sunday, February 5 at 7:00 each of those evenings. For more information, you may visit the film series website.