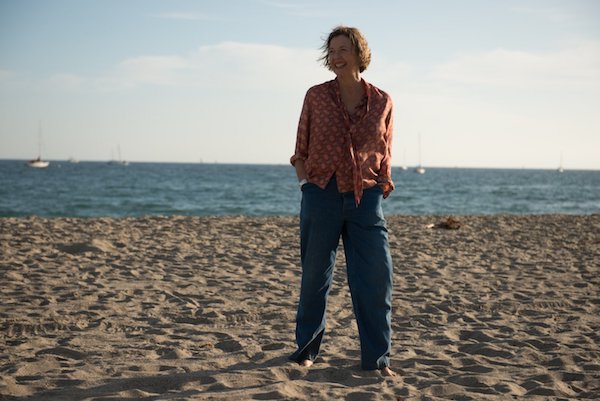 The title's all wrong, far too sweeping, and a little misleading. For one thing, how the three women referred to in the title represent a century's worth of women is ungraspable. For another, the character played by Annette Bening so dominates the story that "20th Century Woman" is a truer title.

Dorothea, a product of the 1940s and 50s, is the single, rather Bohemian mother of a growing boy in 1979. Jamie, at an awkward age, needs guidance into manhood, so ever-helpful and liberated, his mother asks help from two young women. Julie is the growing girl next door, who sneaks into Jamie's bedroom to sleep with him -- no sex, just companionship because, she feels, they are too close as friends.

Abbie, a photographer, is in her twenties and lives in the same house with Jamie and Dorothea. She is immature but has Jamie's ear. Also practically living there is the contractor, fixing up the money pit of a house. Dorothea is attracted to him in her quirky way.

But, truly, none of the characters is that attractive. Of them all, Jamie is the most interesting. He is played well by Lucas Jade Zumann. His mother is played by Annette Bening, but she and her cigarettes never ignite the role that dominates the film. Greta Gerwig, also seen in Jackie, plays Abbie -- not much attraction there, and Elle Fanning plays Julie weakly. Billy Crudup, also seen in Jackie, plays the contractor.

Mike Mills wrote the script with its voiceovers. He gave words to each of these characters, partly molded from his own life as was the story of the late-coming-out dad in Mills' brilliant Beginners. Because of that film, you may want 20th Century Women to be better, warmer, more honest. And it is, but only in small lines here, tiny parts there, not in the aggregate. 20th Century Women doesn't entertain, not as a moment in time or as a study in 20th century women's characters.