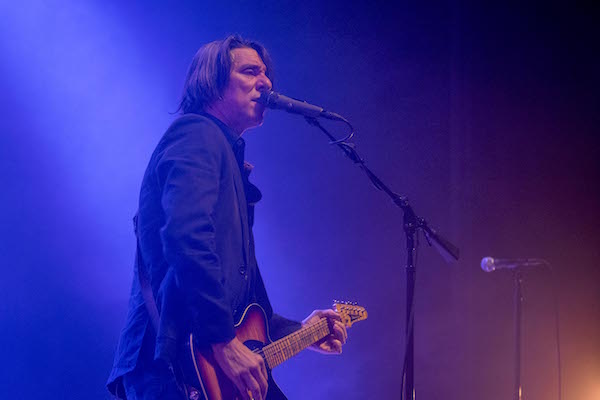 If an album could best reflect America in 2016, it would have to be Drive-By Truckers' American Band, released just over a month shy of the most heated election in our nation's recent history. DBT's eleventh and most blatantly political album to date, American Band oozes with imagery that gouges into the heart of some our most controversial issues, most notably racism and gun violence.

It also happens to be one of the best albums of last year, pairing the vivid lyrics and supreme storytelling abilities of songwriters Patterson Hood and Mike Cooley with the band's signature hard twang and guitar mastery. Twenty-one years after starting out, and after numerous lineup changes, Drive-By Truckers sound stronger and bolder than ever.

The Cooley-penned album opener "Ramon Casiano" recalls the 1931 shooting murder of a 15-year old Mexican boy on the Texas border by future NRA leader and gun-rights activist Harlon Carter. Hood's haunting "Guns of Umpqua" takes us into a classroom at Oregon's Umpqua Community College on the day a gunman walked in and opened fire in 2015.

Cooley's deceivingly upbeat foot-stomper "Surrender Under Protest," the first single released from the album, stares down the South's dirty legacy of racism disguised as tradition, asking, "Does the color really matter / On the face you blame for failure / On the shaming for a battle's losing cause?"

I spoke to Cooley by phone just ahead of DBT's show at the Pageant this coming Friday night about the album and the heavy issues it takes on.

Amy: You guys have never shied away from social and political issues in your music, but American Band holds nothing back. Did you set out with the intent to make a protest record or did the songs just come together that way as you were writing?

Cooley: It was one song at a time, really. Because some of the songs go back several years, it wasn't until Patterson and I went in and recorded the first several songs that we realized it was going to be this kind of record. It was like, "Okay, I see where we're going with this. Let's go forward."

Amy: Many of your past albums have been steeped in the imagery and stories of the South, whereas this one paints a broader picture of America as a whole. I'm assuming the title was part of making this distinction.

Cooley: Exactly. We didn't think about the title until afterwards, and there are a lot of things you can draw into that; but it also occurred to me that, though it wasn't our intent, it does say, "We are not a Southern Rock Band and please stop calling us that" right there on the cover. But they'll still keep calling us that.

Amy: This is also your first album in nearly 20 years to not have the signature cover art painted by Wes Freed, but rather a darkened photo of an American flag at half-mast. What made you decide to depart with tradition for this cover?

Cooley: At some point, we just all at the same time said, "Y'know, it might be time to have a photo cover." We all like photo covers and I think Patterson came up with the idea that the subject matter and direction we're coming from needed something that looked a little more photojournalistic.

Amy: Is the photo also at all in reference to the song "Darkened Flags on the Cusp of Dawn?"

Cooley: Well yeah a little, and of course the flag at half-mast in correlation with all of the shootings that we were talking about -- not just mass shootings, but shootings of unarmed black people and our incredible number of innocent bullet recipients.

Amy: Speaking of that, you wrote the tone-setting opening track, "Ramon Casiano." What compelled you about this particular story and how it ties to what is happening in our country today?

Cooley: I wanted to write the song before I found the story; and I particularly wanted to shine a light on the cultish nature of what the NRA has created and cultivated since the late 70s. I was always interested in the whole transformation of the organization, because I knew it wasn't always what we know it to be today -- this kind of right-wing activist organization. So, as I was learning more about that, I came across this story that just happened to be the back-story of the man who headed up that transformation; so all I had to do was tell that story. I was like, that's the song. And I really set out to shine a light on the white supremacist streak that runs through that whole crowd and what really motivates them.

Amy: Tell me about writing the song "Surrender Under Protest" and how you feel the South has or has not progressed with regards to its racist traditions.

Cooley: I was banging my head against the wall writing that song for weeks because it was in the aftermath of the church shooting in Charleston, South Carolina and I was just floored by that, because even though I know that obviously racism is not over, this was a 21-year-old resurrecting some old-school racist terrorism and lynch mob talk that really did shock me. It showed me just how much worse the resurgence of white supremacy was after Obama's election than I even thought it was because that was what prompted this guy to go radicalize himself.

Then, in the aftermath of that, the whole controversy over the Confederate flag erupted and we got to learn why the flag in question there next to the South Carolina capitol came to be there and why it had to be a thing. And it's so typical of the South -- it's a hallmark of Southern politics that they were feeling a little pressure in 2000 to remove it from their actual capitol building because, lo and behold by the year 2000, having a racist flag on your capitol building wasn't good for business anymore. So they felt the pressure and in order to make one of those grand compromises in the tradition of George Wallace standing in the schoolhouse door or the push back against marriage equality, they basically had to take a stand.

So when this horrible shooting happened, one of the victims happened to be a member of the State House of Representatives whose body would, in political tradition, lie in state; so they decided to "surrender under protest" basically and pass a law requiring two-thirds vote in both houses to take it down. They couldn't just quietly go out there and take the stupid thing down without anybody noticing. That was their act of pointless defiance to simply be dragged into the 21st century.

Amy: What was it like growing up liberal in Alabama with its long history of racism and being a catalyst for the civil rights movement?

Cooley: Well, a lot of us have. I think the thing is for some reason, Southern people and Southern politics have never really been in line with one another. I recently was reminded that Alabama celebrates Robert E. Lee's birthday on the same day as Martin Luther King Day; so that was their act of pointless defiance to comply with that becoming a federal holiday. You put up with a lot of that and some of us find it embarrassing and disgusting; and some say they do and I don't buy it; but it's frustrating. You still have to confront those kinds of things all the time.

Amy: With American Band being released just prior to Election Day, you obviously didn't know what the outcome would be; but these songs seem even more urgent now.

Cooley: We were basically writing this album saying, "What the hell is wrong with you people?" without actually knowing just how bad it was. When we were writing a lot of this stuff, Donald Trump wasn't even a candidate. When we started recording it, it was a few months before the primaries even happened. In a way, this record is really about the forces that made him possible. We just didn't know how powerful they were.

Amy: The band has gone through a lot of changes and road-bumps over the years. What do you think has allowed Drive-By Truckers to not only survive, but also continue to thrive?

Cooley: Mostly a real strong unwillingness to have a day job. [Laughs] When me and Patterson figured out that we could do this for a living, we were pretty determined to make it work no matter what came about. So picking up a new member and fixing what's broken and booking the next tour is really always been the priority for us. There aren't a lot of jobs for 50-year-old men without a college education and a big long gap in employment.

Amy: How has your relationship with Patterson evolved over the years as fellow songwriters, band mates and friends?

Cooley: It's finally just reached this level of consistency. It's just like a marriage, you know? If you stick it out long enough, you just learn that the other person's there whether you can stand 'em or not. We just finally figured out that there was this thing we could do that would work better if we could do it together.

Click below to view Tim Farmer's photos of DBT's performance at the Pageant with guest Kyle Craft. 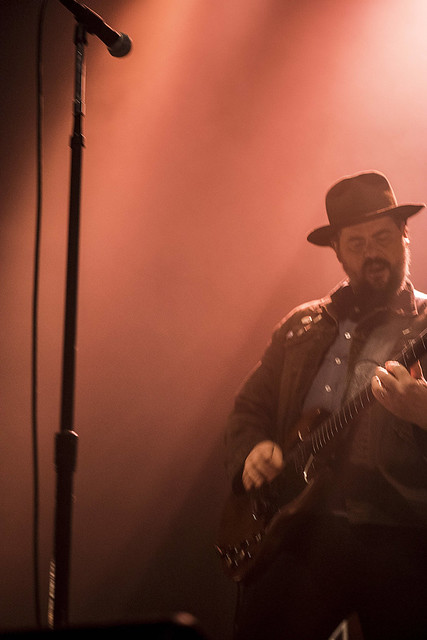