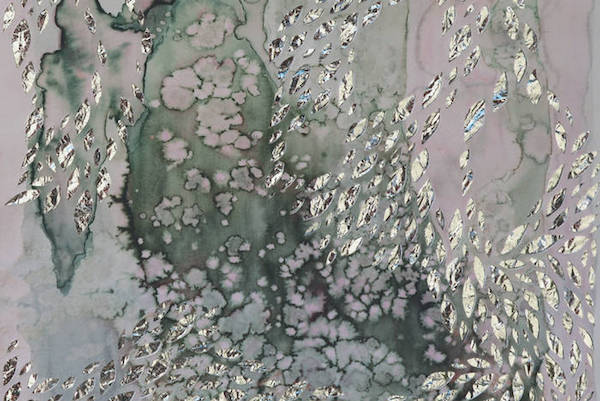 Post-rock and post-Western dexterity: Ahleuchatistas at 2720 Cherokee, Wednesday, May 18

Having no point of reference for the instrumental music of the Ahleuchatistas before going to this show was like walking into a movie having seen no trailers and heard no spoilers. As such, I was gifted a relatively objective experience with this energized duo and found it striking and refreshing.

The inevitable conflict that arises for many of Ahleuchatistas' contemporaries in the complex and oftentimes recondite post-rock genre is the tension between the effortless ability to impress with virtuosity while simultaneously maintaining integrity and clarity of message. At what point do awe-inspiring chops overshadow the clarity of the message?

Luckily, Ahleuchatistas seemed to constantly engage in an honest dialogue with their audience. They perform stunning and dexterous feats of superb musicianship without it feeling like a talent show. Most of the songs, especially the new material from Arrebato, felt effortless and giddy as though the duo were not only the conductors of the train but also its most excited passengers.

The tightly composed, blazing fast interludes never felt over-rehearsed or contrived and gave the listener the sense of present danger, as though the looped, oscillating guitar melodies were at risk of derailing a bullet train from the tracks. Effortless and capable, even the most complicated polyrhythmic sections in odometers felt natural and familiar. This is music that hinges less on complexity and more on authenticity and efficacy of message. It's a testament to the practice of art and the art of practice.

The less structured improvised moments of the set washed over the audience in seamless conversations between guitarist Shane Parish and drummer Ryan Oslance. A bold, fearless musical story arc emerged, keeping listeners glued to the pages, anxious to hear where the narrative would transport them next.

These looping, rhythmic vignettes that Ahleuchatistas can create resemble something you may find in other ritual music throughout human history, which explains why this duo garners so many nods from the pseudo-genre of "international music influence." It's not that they're dabbling in the styles and trappings of other cultures with an appropriative eye, it's that they've undone the modern western influence of heroic riffs and stadium hooks and are comfortable creating ritualistic music that grows and blooms in a more honest, contemplative way. It speaks to a universal language of creation, and the form and rhythm of sustained practice, both in art and in life.

Ryan Oslance told us after the show in humble demeanor that he lived half of the year off the grid in the woods outside of Asheville, NC, practicing his craft. A refreshing story of sustained ritual and devotion in the digital age of pocket sized distraction and endless self-promotion.

This communion of music and daily practice is championed by Ahleuchatista's genre-bending label, International Anthem, and is gaining traction with more postmodern listeners looking to reconnect to their place in the universe without Western bravado or cultural dogma. This flag is carried by other successful Post-Western acts, such as Rob Jacobs (also on International Anthem), Wei Zhongle (which Jacobs fronts) as well as OOIOO, Rhyton and Niños du Brasil.

An exceptional artist is not only able to deftly express themselves but also reveals something to you about yourself. Some bands will ask you to labor hard for this revelation (especially in the math-rock genre), but Ahleuchatistas provide room in their music for me to have that experience. And at the mercy of their incredible skill, I could've been easily muscled out.

This was one of the finer shows I've witnessed in recent memory, and an optimistic indication of where 2720's new booking manager, Kaveh Razani, is steering the venue. This show was deftly supported by local rippers, Biggie StarDust, The Conformists and the abominable Skin Tags.