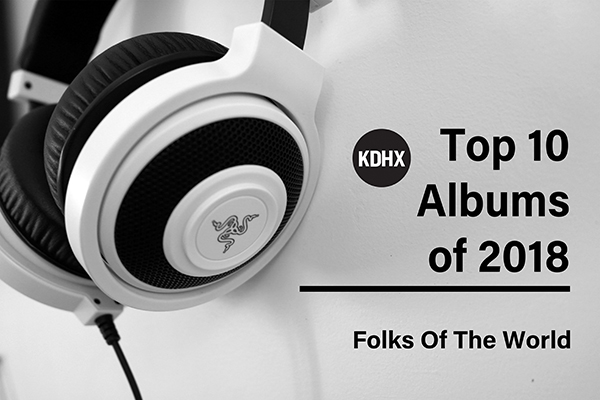 Folks of the World

The 2018 Top 10 list from Harriet Shanas, host of ‘Folks of the World,’ demonstrates why KDHX is unique – even among independent radio stations. The performers range from Jim Kimo West, a Hawaiian slack-key guitarist who tours with “Weird Al” Yankovic, to Kiran Ahluwalia, an Indian singer-songwriter who fuses North African blues with Western musical traditions.

The number one pick, ‘Deran’ by Bombino, is the kind of album that rarely makes end of year lists, though it belongs on more. The Nigerian artist tours with legends like Robert Plant and records albums with top-notch producers like Dan Auerbach and David Longstreth. Beyond that, he makes transformative music that challenges international perceptions of Islamic culture. If you add any album to your 2018 playlist, consider ‘Deran.’

Altan / ‘The Gap of Dreams’ / Compass

Tune into Folks of the World from 8 - 10 am every Sunday.