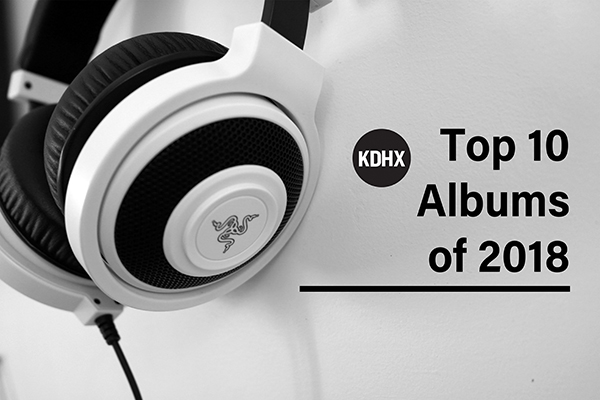 In most corners of American life, 2018 was another “Year of the Woman.” The music industry, and KDHX as a representative of it, were no exception.

From pop stars like Ariana Grande, whose ‘Sweetener’ dominated the charts this fall, to independent musicians like Caroline Rose, who broke into the mainstream with ‘Loner,’ women found a voice in nearly every genre.

Of the 20 records with the most spins at KDHX this year, more than half were made by women or female-fronted bands, including Courtney Barnett’s ‘Tell Me How You Really Feel,’ Bettye LaVette’s ‘Things Have Changed,’ and Middle Class Fashion’s ‘Ego.’ The remaining albums range from Shopping’s post-punk nonchalance to Neko Case’s blazing feminism.

Every December, the station releases Top 10 lists from a wide selection of our hosts. These are personal documents, prioritizing individual tastes over hard numbers. The choices are fascinating and reflect the impressive diversity of the St. Louis music scene: Ryan Spearman suggesting ‘Beasts of Burgundy’ by The Squirrel Nut Zippers; Harriet Shanas picking ‘Deran’ by Bombino; and Willie B. with ‘DiCaprio 2’ by J.I.D. Almost without exception, the lists include talented, ambitious women at varying stages in their careers.

All of the albums are presented as follows: artist / title / label. There are so many overlooked or forgotten gems among these hundreds of carefully curated titles. Take a little time to explore; it’s well worth the effort.

Boogie on Down with Hound Dog Brown

Down Yonder with Keith Dudding

Folks of the World with Harriet Shanas

Gettin' Down To It with Sean Smothers

The Interstate with Pat Wolfe

The Mid-Day Jamboree with Fred Gumaer

Music at Work with Curt

Rhythm Highways with East Side Slim

Shake 'em On Down with Ronnie Wisdom

Sittin’ On Top of the World with Ryan Spearman

Turn Up to Turn Down with Willie B.