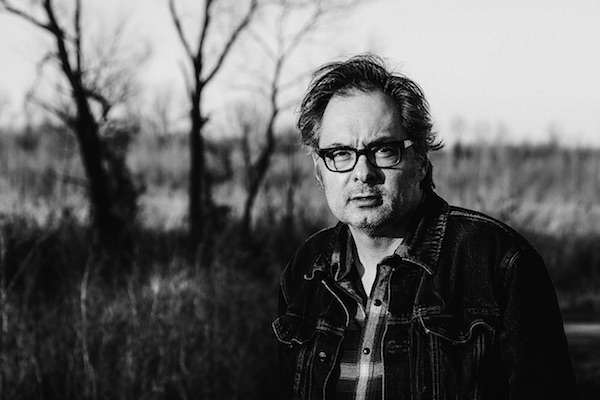 Kevin Gordon kicks off Fourth of July weekend at the Stage at KDHX, Friday, July 1

The Stage at KDHX was the perfect intimate foil for Kevin Gordon and his band when they took the stage Friday. It was an unseasonably cool July night as a cold front moved into St. Louis and inside, the venue planned for a typical humid night but the mix of hot coffee, cold beer and bourbon from the Magnolia Cafe retained the city's typical summer atmosphere. Gordon has been through St. Louis a number of times with his swampy songwriting and troubadour style consisting of his songs, a vintage Gibson hollow body and a Fender amp, this time he brought a few friends that made the room sweat. The venues intimate nature led to a night that was more of a family reunion or a living room show which created a looseness that fit his Louisiana upbringing. Gordon has spent the past 20 years living in East Nashville but it is evident that his formative years in Monroe, Louisiana left a lasting impression evident on his new album Long Time Gone.

Gordon and his band casually came to the stage signaling a laid back night that was fun for everyone. The entrance of drummer Paul Griffith coming through the wrong door truly set the mood: "Ladies and gentleman, Paul Griffith on drums. We are glad he could make it, he had to do some special exercises and we are glad he could get those done," said Gordon. Sitting down a behind the kit the band launched into "Burning the Church House Down." Griffith, a fellow Louisiana native, laid back into the groove matching Gordon's guitar and songs. Guitarist Joe McMahan, originally from New Haven, Missouri, laid into a solo that was equal parts Nashville smooth and blues cool. The dichotomy between Gordon and McMahan's guitar playing was on display with Gordon attacking the guitar with visceral intent. "Tearing it Down" McMahan took that heart-on-his-sleeve style and let loose a barrage of stream-of-consciousness flurry of reverb drenched notes.

"We picked this guy up off the side of the road," said Gordon. "Actually it is a pleasure to have him here to night, it has been a while since we played with him. He just finished playing with Webb Wilder, on bass, Tom Comet." Comet served as both locking in the groove with Griffith, giving a solid grounding for Gordon and McMahan, and acting as adjunct music director. Gordon looking over at Comet's notes to see what song was next, sometimes Gordon switching it up mid-set.

Before intermission Gordon decided to make a last minute change, "Just because we are going to Illinois tomorrow, or tonight, this song seems appropriate," then the band launched into a raucous version of "Illinois 5AM." This left the audience ready for the second set but also gave them a chance to breathe, chat and shower Gordon and his band with compliments. The intimacy of the Stage was the reason both artist and audience shared a few drinks and hung out like they were at a backyard BBQ, the only thing missing was the humidity and someone's uncle manning the grill.

Once the band came back, they were a little looser and ready to play. Opening the second set with "Casino Road" Griffith laid down a Louisiana shuffle with Comet falling deep in the pocket leaving Gordon and McMahan to explore the song from a lyrical and musical stand point. This vibe would carry through the set in songs like "Church on Time" and "Gloryland." The latter of the two Gordon said, "Unfortunately it is just as relevant now as when I wrote it." Instead of taking the song to a dark place of sorrow when performed solo the band of Comet, McMahan and Griffith played a version that extracted an anger and disbelief of the world around us. That intensity continued as they surprised the audience with a rockabilly rendition of Hank Williams "My Bucket's Got a Hole in It," which segued perfectly into "Good Rocking Tonight." "That was my attempt to pay tribute to the great Scotty Moore who just passed away," announced Gordon.

"Colfax" from the album Gloryland has become one of Gordon's most ambitious and emblematic songs that recounts a different time and place. It is the story of being a member of a Southern high school marching band led by an African American director, Mr. Minifield, and his stoic confrontation with members of the Ku Klux Klan who appear in protest to the band director's position. The song contains Gordon's sense of humor but played, as an ensemble, the band takes on the character of Mr. Minifield as he keeps marching:

Looking straight ahead
Like there was somewhere better
He was going
But this was the only goddamned way to get there.

The band feverishly took on the bravery of the character pushing the audience into a hypnotic trance in which we all have find courage in the face of adversity and keep marching through some of the bullshit life throws our way.

After a romp through "24 Diamonds" and "One I Love" to lighten the mood and leave the audience on an upswing, Gordon and band left the stage. In true customary fashion the audience wanted one more song. Being that this was a laid back night Gordon seemed surprised and a bit unprepared to come back. "We weren't really prepared for another song," Gordon mused bewilderedly and asked for a suggestion. A few voice chimed in when some called out for "Deuce and a Quarter." "Alright, let's do that. This song was cut by Scotty Moore and DJ Fontana for the album All the Kings Men. It is out of print but you can search for it on YouTube. You'll find my version, their version and one that is a different song, not mine, just take my word for it." They launched in the country rocker that typified the looseness of the night. Those that came out of the Friday before the Fourth of July were treated to a great American songwriter with a great band having fun and playing a few songs.