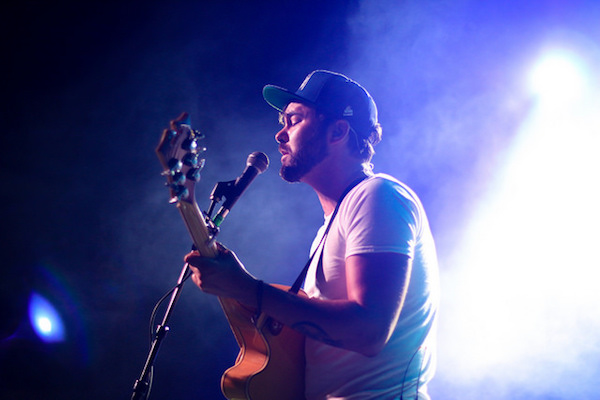 Folk implosion at Delmar Hall featuring a gentleman from Texas

Alejandro Rose-Garcia, a.k.a. Shakey Graves, is a scratchy-throated and often cowboy-hatted troubadour by way of Austin, Texas. Last Wednesday, a soggy evening couldn't keep a throng of whooping and hollering St. Louis revelers from piling into Delmar Hall for his sold-out performance -- a third of which was just Mr. S. Graves singing his guts out with nothing but a six-string and a kick drum. This one-man show is what he's famous for and perhaps the best reason to see him live (although Shakey Graves + band is also a damn good time).

David Ramirez, another singing Texan who's gone it alone on the road for years, kicked the evening off with a set of his introspective folk. He's been commended for being brave enough to write and sing about deeply personal things like family, his feelings, and heartbreak--but this is a traveling singer-songwriter's bread and butter. Ramirez is interesting because his lyrics are personal, yes, but also straightforward where others obfuscate behind stories or characters. Having grown up a Southern Baptist myself, I was tickled by Ramirez's take on "Communion": "Drinking out of little plastic cups / They told me it was wine / But it was really just grape juice."

Then Rose-Garcia took the stage by himself, a lone behatted figure, standing amidst as-yet unused instruments, looking for all the world like the rambling gentleman from Texas he either plays or simply is, Shakey Graves. The man himself is short in stature and an undeniable charmer. His wisecracking onstage persona is belied by the content of much of his material -- songs of lust, heartbreak, unrequited love give way to murder, ghosts, and all manner of devilry. He began with "Word of Mouth," a song I've only heard from one of his earlier live recordings, but apparently one that everyone knew. It's a gentle little ditty, punctuated by his heel against a drum and zils, gradually building into a full-throated allegory about drugs, success, and guns, at the end of which the Devil himself appears to offer some advice.

The full band didn't join him until he'd played several songs by himself and talked a while, easygoing and picking at his guitar the whole time, seeming for just a moment like he must have a decade ago, unknown yet with a certain something, a throwback to an earlier era. Although he's clearly at home as a solo artist, he and his band know each other like the back of their hands. It's trust of the sort that can only come from logging many hours on the road together, an instinct earned after late nights and bleary mornings in towns where you don't know anyone. The set was a well-oiled machine, a tour through his old stuff, his old stuff just released on vinyl for the first time, his critically acclaimed and best-known material from And The War Came ("Dearly Departed" was clearly a fan favorite, with the crowd filling in for Esme Patterson on the "oooh-ooohs"), and new stuff from his February pay-what-you-can release, The Man From Taured.

The highlight of the three-song encore was a Bruce Springsteen cover, where Rose-Garcia was joined by Ramirez in a twangified version of "Darkness on the Edge of Town." I would have never pegged Shakey Graves, or at least the Shakey Graves crowd, as a fan of the Boss. But who isn't? The similarities between the down-and-out characters of a Springsteen song and the whiskey-soaked, Tex-Mex spirit world that Shakey Graves has created for his are no more apparent than in this tune. "I'll be there on time and I'll pay the cost / For wanting things that can only be found / In the darkness on the edge of town." With that, the gentleman from Texas shouldered his guitar and walked off the stage.

Click the image below to see all of Karl Beck's photos of David Ramirez and Shakey Graves at Delmar Hall. 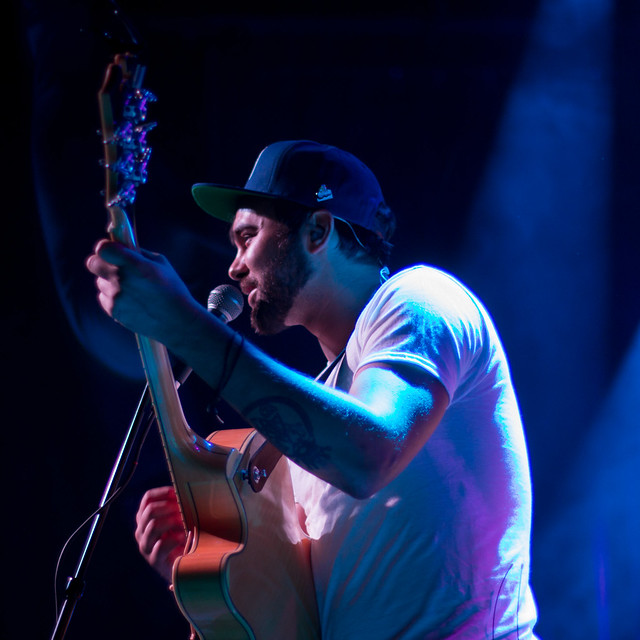