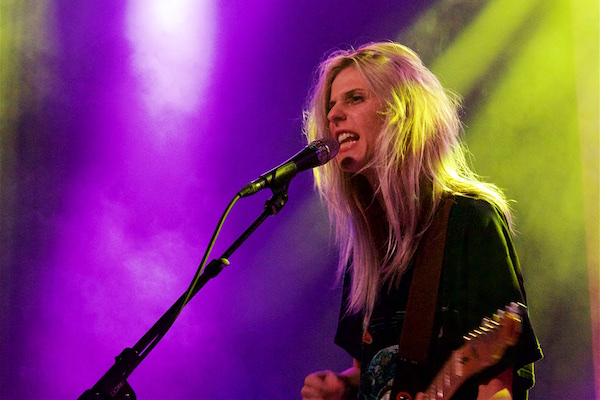 A distinctly '90s vibe inhabited Delmar Hall on Friday, January 26, as a grungy headliner, some drunk punks, and a quirky pop-rock outfit took to the stage.

St. Louis' 4 Hands Brewing Co. was celebrating a "hoppy" sixth birthday, and indie-darlings Bully had the crowd bobbing along to the half-mumbled, half-shouted lyrics of Alicia Bognanno. Between the heavy guitars and pleading vocals, the quartet looks and feels like the true descendant of the Cobain/Love musical relationship. Touring with songs from the new album "Losing", tracks like "Running" and "Feeling It" stand out as both intimate and relatable.

Taking top marks for enthusiasm on the night were The Fuck Off & Dies, who made plain their musical ambitions in the words of frontman Dan T. Christ, "We play a lot of songs about drinking, and we say fuck a lot." And so they did; and lo, it was good. Check out their self-released album "A Good Day to Party Hard" for more.

Opening duties fell to Bagheera, co-led by Heather and Ted Moll, backed up by bassist Julie Gibbs. While St. Louis music aficionados will recognize Ted from his earlier band, MU330, Bagheera mixes tight vocal harmonies, sci-fi themes and groovy rhythms in a style that is all their own. Their album "Shooting Rockets Toward the Sun" was released to praise in 2017.

Click the photo to see all of Colin E. Suchland's shots of the evening. 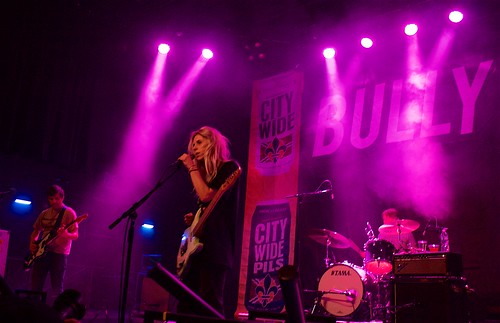 Listen to Bully's most recent Live at KDHX in-studio session below.