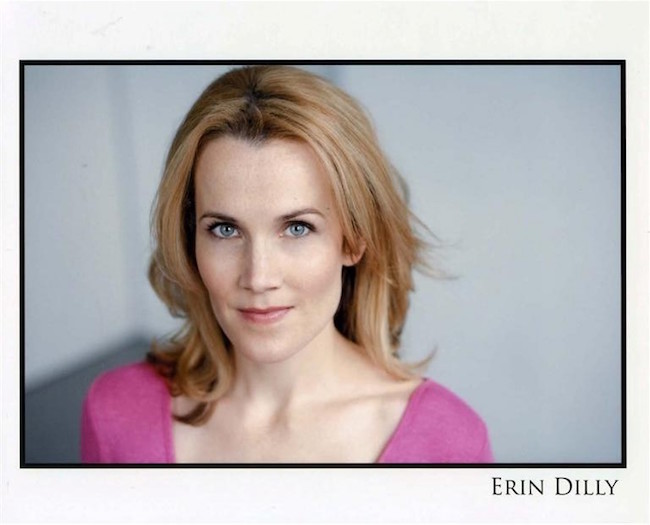 As we enter the final month of summer, thoughts often turn to back-to-school preparations and waning opportunities for fun. But don’t despair, the summer theater season is in full swing with plenty of openings and continuing shows to ensure August is filled with interesting, engaging art.

“Meet Me in St. Louis,” the spirited turn of the 20th century musical set “right here, in St. Louis!” is a fitting finale for the Muny’s 100th anniversary season. The show tells of the Smith family, living at 5135 Kensington Avenue as the city is preparing to host the 1904 World’s Fair. Successful businessman Alonzo Smith has a large family to raise and eagerly jumps at the chance for advancement in his company, even if that means moving his family to New York City just when St. Louis is about to become the “center of the world.” His patient and amiable wife tries to determine the best time to tell her children about the upcoming move. “The story seems straightforward,” notes Erin Dilly, who plays Mrs. Anna Smith, “but it’s very layered. The plot has that foundational thump of the ages’ old question ‘where do I belong’ that ensures the story continues to resonate.”

Dilly, who made her Muny debut in the 1995 production of “Godspell” and was last seen as the Baker’s Wife in 2015’s “Into the Woods,” is a Broadway veteran and instructor at PACE University with deep Midwestern roots and an affinity for the family centered story. “The musical is an anthem to the importance of knowing what home means to you,” she continues enthusiastically, “and the revised book keeps everything you love from the original, but refreshes and adds depth to the story.” Dilly finds the updated musical “magical,” with all the elements working in harmony to create an exceptional theater experience.

“The major conflict in the Smith’s world is whether or not to move to New York, and Anna is wrestling with what’s best for the family as a whole,” she astutely remarks, then adds “wouldn’t it be lovely to be in a family where that’s the biggest concern you have?” with a hint of nostalgia. The story remains relevant and the characters are vibrant and compelling, plus “The Trolley Song,” “The Boy Next Store,” “Have Yourself a Merry Little Christmas” and numerous other songs are memorable American classics.

Dilly is excited not only about the opportunity to return to the Muny, but also the chance to work with both her husband Stephen R. Buntrock, who plays Alonzo Smith, and daughters. “Working together on the show is simply fantastic,” Dilly says with a smile. “I feel so blessed to be able to watch my husband in his element and to work together on something as creative and joyful as this show. It’s like date night whenever we’re on stage together.” She also raves about the rest of the cast, sighting St. Louisan Ken Page, Kathy Fitzgerald and Emily Walton as talented colleagues who inspire everyone around them, and the creative team that ensures the entire show succeeds.

“Nobody does a period show -- from costumes to staging, choreography to the musical score and book -- like the Muny,” she offers. “The show is about this city, yes,” Dilly concludes. “But more importantly, it’s about finding your place in the world. And, for me, this legendary theater and the city of St. Louis are a welcome second home, and I’m always happy to return.” The Muny’s production of “Meet Me in St. Louis” opens Saturday, August 4 and continues through August 12.

With hints of Robin Hood and a twisted southern mystery, Stray Dog Theatre presents the rollicking “The Robber Bridegroom,” by Alfred Uhry, best know for the gently perceptive “Driving Miss Daisy.” The musical, set in Mississippi, follows the fortunes of the wily woodsman Jamie Lockhart as he courts Rosamund, the daughter of a very well-to-do planter. A case of mistaken identity, an evil stepmother, her henchmen and a double-crossing goat all contribute to the fun in the whimsical musical comedy.

Based on the novella by Eudora Welty, which is a loose American adaptation of the original German fairytale, the story is quick paced and filled with romance, shenanigans and comedy. The always engaging Phil Leveling and beguiling Dawn Schmid star as Jamie and Rosamund and the talented cast includes Sara Gene Dowling as the conniving stepmother, Jeff Wright as the wealthy Musgrove and Logan Willmore, Kevin O’Brien, Bryce Miller, Christen Ringhausen, Susie Lawrence, Chris Ceradsky, Shannon Lampkin and Rachel Sexson. The country swing influenced music is sure to keep your toes tapping as the cleverly constructed “The Robber Bridegroom,” at Stray Dog Theatre through August 18, spins its fanciful tale.

On Sunday, August 5 at 2pm, theatergoers can get a sneak peek at up and coming local talent when the Fox Performing Arts Charitable Foundation presents its Rising Stars Showcase at the Sheldon Concert Hall. The afternoon program highlights young artists in the St. Louis region and includes performances by the finalists and nominees from the St. Louis Teen Talent Competition and the St. Louis High School Musical Theatre Awards. The free event is open to the public and features students and recent graduates from high schools in and around St. Louis.

Rebel and Misfits Productions presents Will Eno’s “The Realistic Joneses,” continuing through August 12. The funny, existentially leaning play explores life, death and human connection through an increasingly intertwined relationship between two couples that share much more than the same last name.

“Gypsy,” the beloved story of an ambitious, hard-driving stage mother and her daughters, continues at the Muny through August 2. With one show stopping song after another, the musical is a perfect choice for the big stage starring Beth Leavel as Momma Rose and Julia Knitel as Louise, aka Gypsy Rose Lee.

The Black Mirror Theatre’s production of Rajiv Joseph’s “Bengal Tiger at the Baghdad Zoo,” continues through August 4. The play, a 2010 Pulitzer Prize finalist, follows a tiger on his journey through the war torn streets of Baghdad. The tiger meets Americans and Iraqis searching for meaning and, possibly, redemption.

Union Avenue Opera’s moving production of “Nabucco,” continues through August 4. The epic opera presents an ancient story of war and a romantic triangle that nearly destroys a kingdom. Featuring some of Verdi’s most admired orchestral and choral music, the show is sure to be a hit with opera lovers.

For upbeat fun, put on something that glitters and go see “Mamma Mia” at STAGES St. Louis through August 19. Set on a picturesque Greek island and powered by ABBA’s biggest hits, the breezy musical winds its way through two generations of female friendship in a celebration of being true to your self.