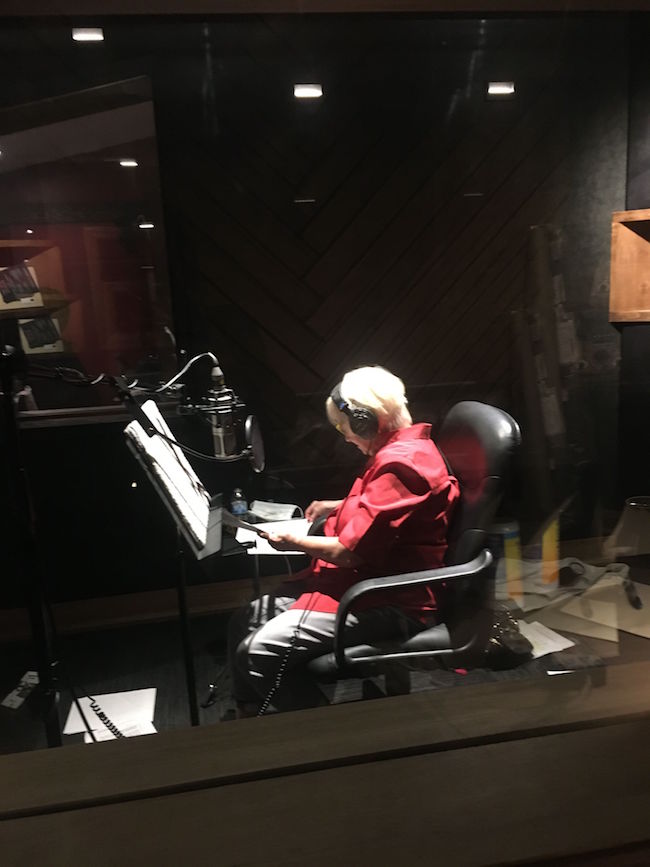 Out of a necessity seen across the nation, local theater companies and festivals in St. Louis have been inventive in finding ways to connect with their audiences during the pandemic. There have been a variety of online performances, one-actor shows, outdoor performances and walking shows, where audience members travel from scene to scene, ensuring safe distances while still providing a sense of intimacy in the experience. For the 5th annual Tennessee Williams Festival St. Louis, producer Carrie Houk and the acting and technical teams turned to a format familiar to the poet and playwright, the radio. Boosted by strong acting and sound design, the Festival succeeds in providing the dramatic tension and audience engagement through the time-honored medium.

The theme of this year’s festival is “En Avant!”, meaning onward or to move forward, and focuses on the early professional years of Williams’ life, a time when he was prolifically writing and rewriting. Arguably the single most important event of this period was the overwhelming critical and popular success of his memory play, set in St. Louis, “The Glass Menagerie.” Directed by Brian Hohlfield, the ode to fading beauty and rosebuds that never blossom is the feature of this year’s festival.

Tom Wingfield, a restless young poet who longs to break free from his Midwestern chains, finds his desires clashing with his relationship with his mother Amanda, a former socialite, and sister Laura, a fragile wall-flower. Amanda is harsh and overbearing, though she professes her behavior is entirely driven by love and concern for her children’s well being. She schemes to find a suitor for Laura, but longs for the attention and excitement herself. All of which causes the unbearably self-conscious Laura to retreat further into her shell. When Tom finally invites a work buddy over for dinner, the evening is sepia-toned and bittersweet, the consequences inescapable.

Bradley James Tejeda embodies Tom with wanderlust and a loquacious tongue, his impatient energy bouncing over the airwaves. He’s countered by a feisty, sneering Brenda Currin as Amanda, her voice resonant with determination and disappointment. Elizabeth Teeter amplifies Laura’s anxiety and insecurities with a voice that barely lands in your ear, yet remains persuasively present. As the Gentleman Caller, Chaunery Kingsford radiates charm and ease, even his impulsive kiss is meant with kindness. The four create compelling tension and the play has a nice pace, with just a few extended  pauses. The sound design, featuring period music and complementary instrumental transitions, adds texture and atmosphere to the play, and to all the pieces offered in this year’s festival, helping to bring each scene to life in the audiences’ imagination.

Two, one-act, two-actor plays inspired by “The Glass Menagerie” are among the highlights of the Festival. Both embrace the poetic lilt of Williams’ style and each captures a sense of the original in unexpected ways.

“You Lied to Me about Centralia,” by John Guerre, directed by Rayme Cornell, allows the audience to meet Betty, Jim’s fiancée, after Jim goes to meet her at the train station. In the humorous, subtly pointed script, we learn that each had very different evenings than the other expected. Betty did not go to Centralia but to Granite City to visit a wealthy relative in hopes of securing a significant financial gift for their upcoming wedding. She makes a number of raised eyebrow insinuations about her uncle, his male secretary and his never present fiancée. Eventually, Jim tells Betty about his evening, in humorous detail and with genuine affection that sparks a brief, jealous response from Betty. Julia Crump keeps a soft edge to Betty’s lines, helping the young woman’s aspirations match the period while insinuating common prejudice. Chauncy Thomas makes sure we find Jim likeable, if less sentimental about his evening with Wingfields.

“Glass,” by Michael Aman, directed by Gary Wayne Barker, sees Williams on the precipice of fame, backstage on opening night of “The Glass Menagerie” in Chicago, starring Laurette Taylor as Amanda Wingfield. The aging, alcoholic star continues working until the last possible moment, hoping to fully inhabit Amanda’s skin. She’s greeted by Williams, offering a humble gift and encouragement, as she arrives at her dressing room. He’s frankly terrified by the weight of this night, and shares much of Taylor’s concern. Bradley James Tejeda, as Williams, and Kari Ely, as Taylor, sizzle over the airwaves, at times flirtatious, at times tempestuous, it’s an intricate dance that’s rich in character.

In addition to the reviewed plays above, the festival features two offerings from actor and Tennessee Williams scholar Jeremy Lawrence, which I plan to catch the second weekend. The one-actor, one-act shows, "Tom and Rose" and "The Man in the Overstuffed Chair," bring selected writings of Williams to life, as arranged and performed by Lawrence. The festival shows will be available until November 22, and on-air broadcast times, program notes, panels and recordings are available on the website.