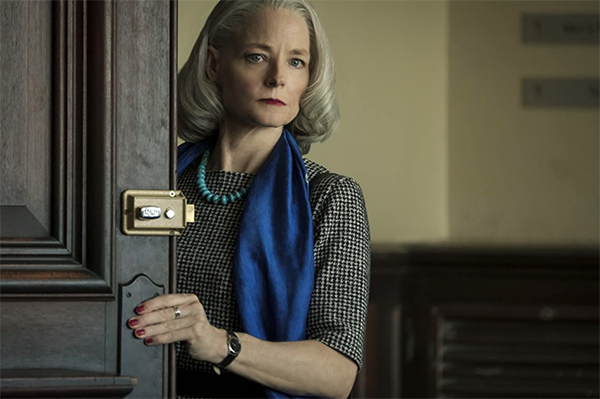 'The Mauritanian' Is Necessary Torture To Watch

Only the first five minutes of "The Mauritanian" are easy to watch: a son says good night to his mother. The rest of "The Mauritanian" proves heart-peltingly painful to watch because it's about torture visited by the United States on an innocent man, Mohamedou Ould Slahi (Tahar Rahim).

Slahi, from Mauritania, was held for 14 years in Guantánamo Bay. He was never charged with a crime. Still, he was horribly tortured while imprisoned at Gitmo. Only through the unstinting efforts of Nancy Hollander (Jodie Foster), his pro bono defense attorney, and her associate, Teri Duncan (Shailene Woodley) was he ever released. The attorneys fought the United States to free this man; Specifically, they fought the military prosecutor, Lt. Col. Stuart Couch (Benedict Cumberbatch), who had some internal battles of his own to reckon with.

M.B. Traven and Rory Haines & Sohrab Noshirvani adapted their screenplay from Slahi's book, Guantánamo Diary. They included perhaps too much exposition for ease of film-watching and too many bits of jargon (MFRs?), but they got in the salient points. For example, Hollander, brisk and forthright, states in her advocacy for Slahi against Donald Rumsfeld and George W. Bush, "It doesn't matter what I believe but what they can prove."

Foster, her blood-red lipstick suggesting a wound on her face, is brilliant in this role, stern in her defense of the rule of law. Woodley manages to make her lawyer both subservient and committed. Cumberbatch, his accent softened from British to Southern, believably escorts his character's great shift. Rahim surpasses the rest of the cast with his portrayal of Slahi, literate and deflated and innocent.

The torture shown under Kevin Macdonald's excellent direction is no more than what Slahi endured. No, it is no easier to watch than similar scenes in "12 Years a Slave," but it's just as essential not to turn away from. "The Mauritanian" is fine film-making of another execrable time in America's history.