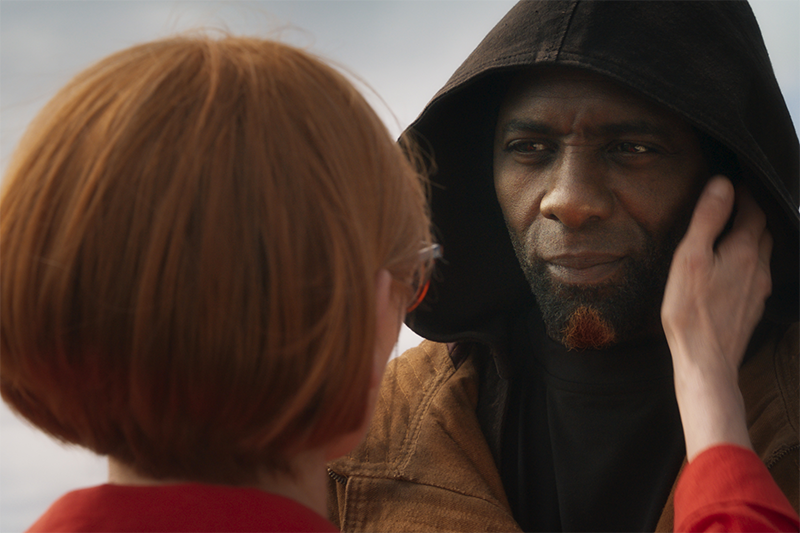 It is a maxim of good writing to show rather tell. That rule applies especially to telling stories. But what about a movie based on the art of story-telling? A movie is all about showing -- after all, it's called "show" business. Breaking this rule causes "Three Thousand Years of Longing" to be sadly mediocre.

The title refers to the ages that a djinn, or genie, was stuck in a bottle. He is released by Dr. Alithea Binnie, a professor of mythology, known as a narratologist. She knows Story. Alithea flies to Istanbul on Shahrazad Airlines for a conference. In Turkey, she finds a bottle that the shopkeeper tries to dissuade her from buying it. She insists. When she rubs it with an electric toothbrush, the djinn, his legs hairy tree trunks, escapes in a cloud of smoke. In gratitude, he grants Alithea three wishes.

The academician poo-poohs. The djinn tries to persuade her by telling her ancient stories of other wish-makers as she sits rapt and wrapped in a turban -- of Turkish toweling. Of necessity, Alithea, who is made of dust, spends a lot of time listening, which means that actor Tilda Swinton reacts more than acts in this role. As the djinn, Idris Elba looms, a smoky presence, for he is made of fire.

Elba is 6'2"; Swinton, 5'10," which means the camera has to work its magic for the djinn to tower threateningly. More magic teases the stories in scenes produced by director George Miller, this his first film since "Mad Max: Fury Road." Cinematographer John Seale came out of retirement to shoot "Three Thousand Years of Longing." Its colorful stories -- in seraglios, on fields of battle, near sarcophagi -- are bellicose, misogynistic, and suggestive. Bosoms heave and swords cleave.

The plot rockets back and forth between the frame story and the myths. The script was written by Miller and his daughter, Augusta Gore, based on A.S. Byatt's 1994 short story, "The Djinn and the Nightingale's Eye." On paper, the story embedded with stories may have worked better, for it depends on the reader's imagination rather than on a director's demanding cameras, focused on, here, Miller's vision. That reduces the story.

Early on, Alithea intones professorially, "All gods and monsters outlive their purpose and are reduced to the role of metaphor." Consider "3,000 Years of Longing" to be so reduced but not redeemed.